Last night this site was offline sporadically for an hour. I submitted a Support Ticket to my web host and waited. I don’t know why I even bother with the tickets, because I know how it is going to end before I even start typing. My ticket goes into a queue. By the time support gets around to my request, every thing is running fine. A number of things could have caused the problem, but they can never replicate the problem, because it is gone by the time they go to investigate. 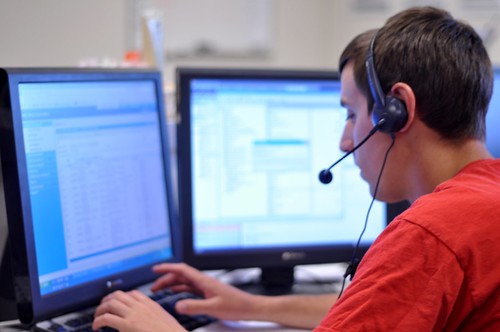 Then I’ll get the email saying how there is no problem. A few days or weeks will go by and the same problem will play out all over again. Never once does any tech support member run some analysis on what was happening on their server during the period I reported the problem. Maybe we can learn something to prevent the next problem? That is a radical idea. It is 2012, they should have much better monitoring and forensics by now. But they don’t, so the customers keep sending in ghost stories of phantom problems that only they can see.

My other web host goes a step further. They tell me to go parsing through log files to determine how I screwed things up. Never mind the fact that my site ran perfectly fine on other hosts. It must be my problem. Always omitted from the discussion is the fact I’m paying for shared hosting, which means my site is just one of many on that server. Looking at just my log files, assuming I could even understand them, only provides a partial view of that server.

Airplanes have “black box” recorders that they use to figure out what caused a crash and how to prevent the next one. Web hosts need something similar. Maybe it already exists. If it does, the support representatives I get aren’t using them.

Next Healthy vs Resilient

Previous Spacing Out on Extra Spaces