I love sushi, but I am not a fan of sushi restaurants. They tend to be expensive and slow. And if they aren’t expensive, the word gets out and lines start forming. Sushi Deli in San Diego is affordable, but if you don’t time it right, you could be in line for an hour. All this for tiny morsels of raw fish and seaweed.

There has to be a better way. In the past two weeks, I discovered how easy it is to make your own sushi. So last night I attempted my first homemade sushi. It was a hit! 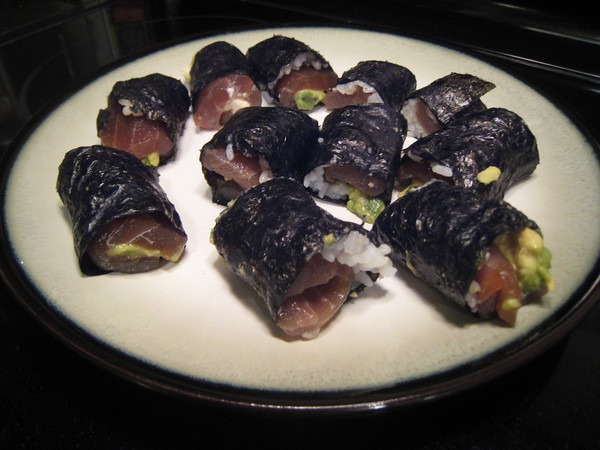 Now my rolling skills aren’t sushi master quality, but unlike the sushi chefs, I’m using less rice and thicker pieces of ahi. Bring on the protein! I’ve left sushi restaurants after dropping $30 where I was still hungry. Last night I ate like a king for less than $7.

Next When Fitness and Finance Intersect