When the Check Engine Light Comes On

This post is a departure from my usual topics, but I think what I learned this week will be of value to those with limited knowledge of how a car works. This post could save you a few hundred dollars.

Wednesday evening the Check Engine light came on in my car. I’m the original owner of my 2001 VW Golf TDI and that light has never turned on before. Considering I just spent $1500 in car repairs, a slight panic came over me. Since I was a few blocks from my mechanic, I pulled in and inquired. He said as long as the Check Engine light wasn’t flashing, it wasn’t critical. He also invited me to come back later so he could hook it up to the computer to see what the problem was.

I didn’t like the idea of spending $85 just to learn what my engine was trying to tell me. So I did a little research and learned that cars have something called an OBD-II connector that is usually located under the steering wheel. With a reader you can purchase on Amazon, you can read the codes yourself and even reset the light. Since 1996, the codes that are thrown have been standardized across all car manufacturers, so I don’t need a special reader for my VW. Any OBD-II reader will work.

I stopped in my local auto supply place (O’Reilly) thinking I was going to buy an auto scanner, but I was fortunate to learn they will loan you one for free. I handed them my drivers license and a credit card and they handed me the scanner. I found the port under my steering wheel, plugged it in, turned the key without starting, waited 20 seconds and the code popped up on the reader. I returned the device and they handed me a printout for my code.

I learned that one of my glow plugs might be having an issue. Having just read Auto Repair For Dummies, I knew that glow plugs are used to generate heat when starting a diesel engine. Having a non-working glowplug might make starting the engine in the winter difficult. Thankfully it is June. No more panic. I now have the luxury of researching this problem more or doing comparison shopping with mechanics. I even found this detailed tutorial on TDI Club outlining how to fix this problem should my car knowledge and confidence grow before winter arrives. 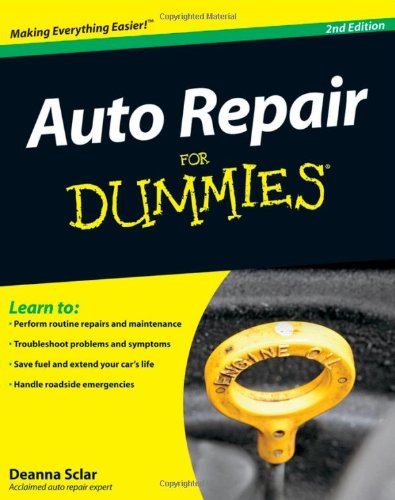 The more I looked into this, the more interested I got. Not only does Amazon sell readers, but eBay sells adapters that allow you to connect your car to your laptop. And I just learned this morning, you can buy a Bluetooth OBD2 adapter to talk to a $5 Android app called Torque Pro. Real-time data. 🙂

I’ll be ordering an OBD2 Bluetooth device this week. The next time the Check Engine comes on, I’ll know what is wrong the moment it happens.

Previous My Squat Article is a “Scare Piece”