This past weekend in Seattle was the 25th anniversary (Silver Jubilee) of Sub Pop Records. On Thursday, I learned that a few bands were going to play a closed set on the tip of the Space Needle, which you could watch streaming online or archived later. My favorite band of all time is Dinosaur Jr and their frontman J Mascis was to be there. 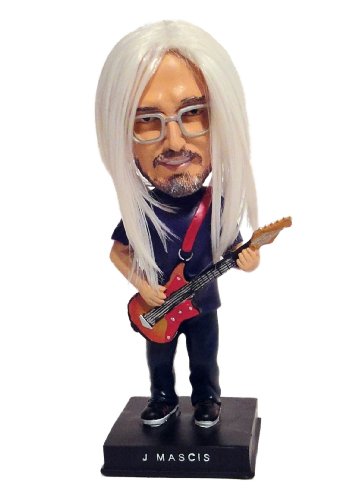 Amazing what you can find on Amazon.

My plan was to find the video and watch it sometime next week. Later that evening I learned J Mascis had a flight delay and missed the show. So Sub Pop announced he would be putting on a free show at noon on Friday at Nordstrom’s. My first thought was I read it wrong. Nordstrom sells clothes. It isn’t a concert venue. I had to be downtown that day anyway, so I decided to see if I was being pranked.

I showed up around 11:45 AM and less than 10 people were standing around the escalators. We all had questionable looks on our faces like maybe this might be a joke. I also thought maybe there was a better location in the store where he might play. Why would the 5th greatest guitarist in the world (according to Spin on a list that is no longer on their website) be playing the shoe department at Nordstrom’s?

Then more and more people starting showing up. J arrived a few minutes early, plugged it, and started playing at Noon. For 30 minutes, he put on a perfect show. 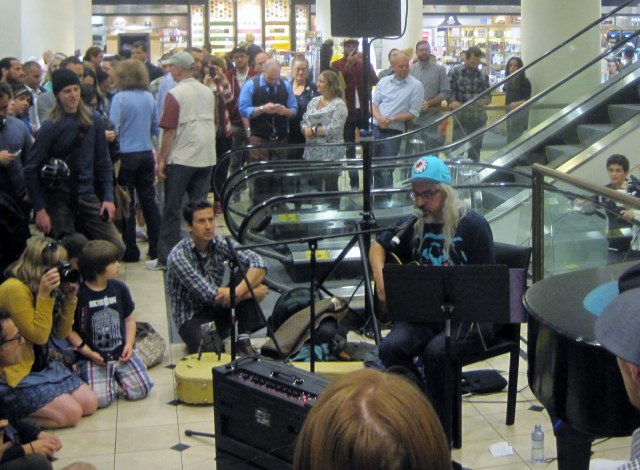 Only in Seattle would J Mascis stop by the shoe department of Nordstroms and jam for 30 minutes. I loved Darren’s mini-review on Facebook.

UPDATE: For those that missed this show, check out J Mascis at the Kennedy Center. He plays all the tunes he did at Nordstrom except Flying Cloud plus a few more.

Next Can Running Be Antifragile?