When You Come Undone

Last week, I brought the coffee group to a new venue. The turnout was great and everyone seemed to have a great time. Or so it seemed. On Friday, I received the angriest vile email directed at me and the group from an employee of the place we went to. Considering just 3 days ago in the post Tales From the Glitter Gym – Nonsense, I wrote “One of the biggest lessons I’ve learned in life is that we can’t control the actions of others – only our reactions to those actions.”, I was about to be tested. 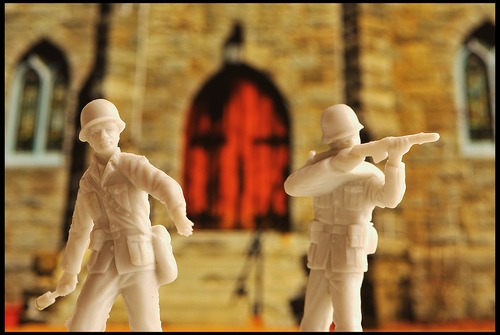 My first reaction was anger. The email was a direct shot at me and full of lies. When I go into a Seattle coffee shop I often get the Sinatra treatment. To be attacked was new to me. My angry feelings had me thinking about my connections in the city and how if I pushed it, I could make the writer of the email pay. But I did not react. I decided to chill for a few hours.

My second reaction was to go on the defense. I could deflect the personal attacks and instead, go point by point and present a defense for each charge. But I did not react. I decided to wait a few more hours.

My third reaction, after seeking counsel from a friend, was to take the bullet. A general apology on behalf of the group might be enough to keep the peace. Ignore the bitterness and respond with positivity. But I did not react. I decided to wait a few more hours.

My fourth reaction was a recognition that my attacker was unworthy of even a peaceful resolution. You can’t win everyone over. She clearly had anger issues that went beyond her job. The coffee place we went to was not a top tier place, so avoiding it will be easy enough. In the end, I decided to ignore the email and move on.

As I moved through each Phase, I started to feel better. I’m almost glad I got the attack email. It was a powerful learning exercise. Longtime readers of this site, who read my old blog Chicken Soup For the Rectum: A Web Log for the Unsympathetic Soul (2000-2004), are probably stunned with my peaceful response. Maybe I’m getting too soft.