My basic thesis is politicians create problems and engineers solve them. History moves through three stages.

Let us use WW2 as an example. The Problem is that pesky Hitler is running around Europe causing problems. Politicians failed in their task to both prevent a war and to make sure we were adequately prepared for war should one start. The Solution wasn’t really strong leadership. It was engineers cracking codes, massive improvements in aviation and the atom bomb. The Benefit was peace in Europe, which led us to the next Problem of the Cold War. 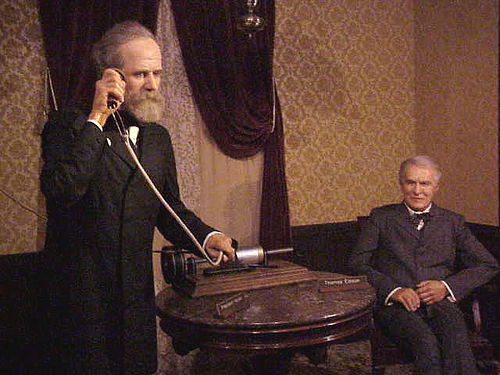 I’m not a history major, but I can think of at least a dozen cases where engineers have put their brain power to work to create solutions for problems created or made worse by the government. So government fails to prevent 9/11 and a year later an unmanned drone with the name of Hellfire blows up a terrorist taking a drive through the Yemen countryside. Engineers to the rescue.

This is why I consider myself post-political. I no longer care which party wins an election. History tells us both sides will make mistakes and make problems worse. And my reading of history tells me that engineers will come in and clean up the mess.

I understand this thesis is highly simplistic, but I think it explains my Short Term Bear and Long Term Bull statement. Of course, it doesn’t cover every event in history. It is just a guide.

At this moment there are thousands of engineers working on today’s problems such as energy and health care. Maybe the next advancement will double fuel economy or perhaps cure diabetes. Whatever it is will very likely have a major impact on society.

However, my confidence that engineers will solve the current financial problem with inventions and productivity gains has never been lower. The numbers are simply too large and growing daily. Since I’m starting to drift off topic, I’ll save that discussion for another blog.

Next This White Man Can’t Jump

Previous The Power of Persuasion