I lived in the Tampa Bay area from 1994-1998. It was during that time that I first became an espresso drinker. I give a lot of credit to Jet City Espresso, which resided in South Tampa. They are long gone, but I will always remember and be grateful for the many outstanding espresso drinks I had there. I learned a lot about coffee from Jet City.

The owner of the coffee house was originally from Seattle, which is why it was named Jet City Espresso. I even recall they used Seattles Best Coffee for their roaster. That was long before Starbucks acquired SBC.

Today I was digging through some old backup files looking for something completely unrelated when I stumbled upon this graphic. It was July 1996. I scanned in a newspaper ad they had published and then using Microsoft Paint (Windows 95!), I added some color. 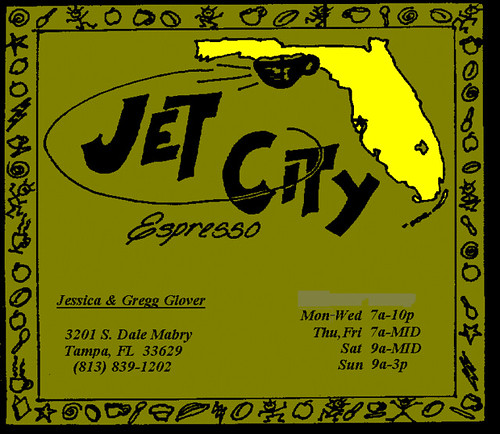 Next Coffee, Commodities and Pricing Shenanigans

Previous Physics for Future Presidents: The Science Behind the Headlines