How Developers Can Increase Their PayPal Donations

In the last year, I have donated money to four developers via PayPal. Their code was of benefit to me and they had established a relationship with PayPal. Putting a few bucks in their tin was easy for me to do. Of the four developers, one did something that I deeply appreciated. He thanked me.

When we are out in public and we give money to tip jars or the open guitar case of a street musician, we get thanked either verbally or a smiling nod. This is polite behavior. If developers wish to increase their PayPal donations, I highly recommend thanking the people who voluntarily give you money. A simple thank you email takes no more than 30 seconds, but it lets that person know your appreciation. 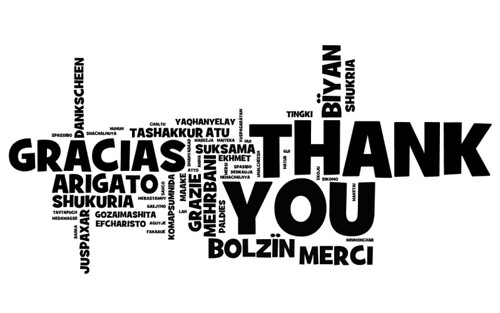 thank you note for every language by woodleywonderworks

Earlier this year, I added a PayPal donation setup on my coding site. Of all my sites it is one where a donation system seems the most appropriate. Developers can cut-and-paste my code into their projects and bill their clients or employer. If they deem the code helpful, I wanted a way for them to tip me.

I’ve received 4 donations and I’ve sent each one a quick thank you email.

My email thank yous probably won’t increase the number of donations I get, but it may make that person feel better about donating to another developer. And you might be that developer. So I encourage all developers that accept PayPal donations to say thank you.

Next The Problem With WordPress and How I Would Solve It

Previous More Than Healthy vs Unhealthy