Ice: A Memoir of Gangster Life and Redemption-from South Central to Hollywood

I saw Ice-T on a recent Colbert Report and thought I’d check out his autobiography. 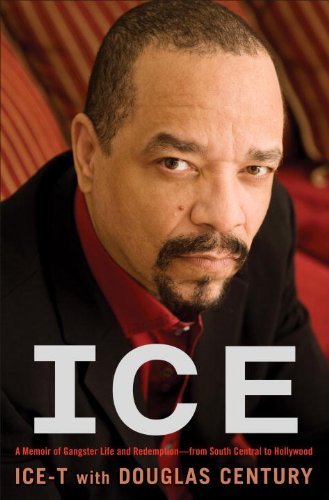 Ice: A Memoir of Gangster Life and Redemption – from South Central to Hollywood

I’m not really a fan of rap music. I liked the first two Beastie Boys albums, Public Enemy, N.W.A., Ice Cube, and of course Ice-T. I’ve since lost interest in rap, but I was interested in reading how Ice-T went from being a criminal to an actor and businessman.

Ice-T was a successful thief, pimp, DJ, rapper, rock artist, movie actor, and TV star. He also helped broker the peace between the LA gangs in 1992. Ice-T was also involved in numerous other projects, including making a documentary on the history of rap music. His success in multiple disciplines is what makes for a good book. And I had no idea that Ice-T served in the Army. He even did the same infantry training at Ft. Benning, Georgia that I did.

Although I liked the story, I felt this book lacked something. At several points where Ice-T was earning a new level of success, he seemed to be light on details and not forthcoming. Although he went into detail on how he was a hustler in his criminal past, his legit success was written as if he was lucky or just happened to be in the right place at the right time. Ice-T states that he landed his role in New Jack City because Marion Van Peebles heard him talking in the men’s room of a nightclub, liked what he said so much that he offered him a role in the film.

Other acting successes seemed to come too easy in the story. Maybe it happened that way, but I doubt it. My guess is that because Ice-T is still in the entertainment industry, he is keeping his work ethic secrets close to the vest. When I read the 2nd half of the book, I was reminded of Law #30 from the stellar The 48 Laws of Power – Make your accomplishments seem effortless.

…When you act, act effortlessly, as if you could do much more. Avoid the temptation of revealing how hard you work – it only raises questions. Teach no one your tricks or they will be used against you.

I really wish Ice-T would have opened up more in the second half of the book on how he infuses his hustler ethic in the legit world. That would have made it a great book.

Next Keeping a Workout Journal