I was asked recently why I had not posted any 2012 Financial Predictions. The short answer is that my market timing skills have sucked since the end of 2009 and so I decided to stop doing predictions. It is my opinion that the markets are no longer driven by fundamentals and rule of law. They are now moved by policy, policy rumors, and computers engaged in High-Frequency Trading. Not just here in the United States, but globally. Last year was the first year in my post-college life where I did not buy or sell a single stock or bond.

At my heart, I still believe the world is still in for a monetary collapse of some sort. It could happen this year or in ten years. The world simply has too much debt and I believe there is no way for it all to be paid back. Although I have a deflationary bias for America, I learned from reading the excellent book Endgame: The End of the Debt SuperCycle and How It Changes Everything by John Mauldin that some countries are more likely to solve their massive debt problems with inflation. 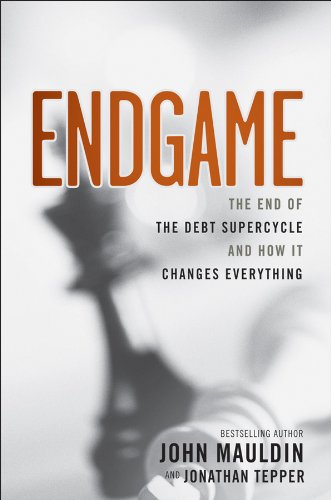 Endgame: The End of the Debt SuperCycle and How It Changes Everything by John Mauldin 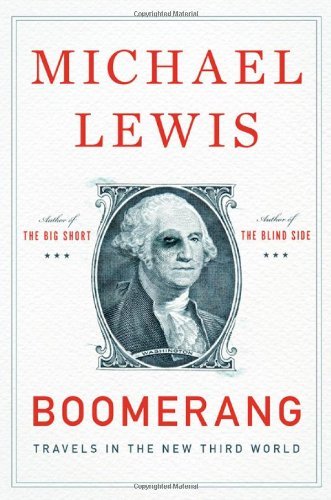 Boomerang: Travels in the New Third World by Michael Lewis is an excellent book that explores how different countries each have their own unique cultural response to the debt crisis. An investor today can’t simply look at bond yields and balance sheets. They need to understand not only their history, but the psychology of the citizens to predict possible policy outcomes. Predicting how another country will respond with an American bias could end up be a costly mistake.

Who collapses, how they collapse and in what sequence, could send the world and your investment portfolio in completely different directions. There will be investors that will guess everything correctly and make ridiculous amounts of money. They will get on CNBC afterward and tell you how it was obvious. Then 10,000 more viewers will open up options or FX accounts so they can be the next great investor.

One of the key things an investor must learn is what kind of investor they are. Well, I’ve learned that I’m not suited for guessing what sovereign countries and central bankers will do next. Beats me. And I’m not going to spend thousands of more hours trying to figure it out.

Financial Endgame (for this blog)

My true interest in finance has always been understanding and respecting risk. Sometimes I forgot that and lost money, but for the most part, I’ve done OK. My love is in attacking biased conventional wisdom that exposes the investor to unnecessary risk. That is what I do best. That is where my focus will be in future financial posts.

Next Beef Kidney With Mushrooms and Garlic