The View Almost No One in Seattle Knows About

Ever since I arrived in Seattle in 2007, I have been an exploring machine. I’ve seen more of this city than many people who have been here since birth. But until one evening this summer I had no idea about this killer view overlooking downtown Seattle. Back in 2006 when Washington Mutual was busy printing money writing bad mortgages they built a 43 story building in downtown Seattle. On the west side of the building at the 17th floor they constructed a 20,000 square foot garden for their employees.

Times were good for WaMu. Who could have seen they were doomed for failure? Actually, me. I predicted WaMu would fail on this blog in June 2008. In September they were placed in receivership with the FDIC. After their failure, their brand new Seattle building was purchased by Russell Investments.

If you are standing in the Pike Market area look up to the southeast. You will see a 43 story building with a 17 story back facing west. This is where the view is at. According to the Wikipedia this garden is private. According to a friend of mine that works in the building, it is public, but they just don’t tell anyone. I’ve been up there four times now. Each time I’ve walked right past security and went to the left elevators and got out on the 17th floor. Once you step off the elevators you will see a set of doors leading out onto the rooftop garden.

The building is closed on weekends and I believe access to the rooftop is restricted after 6:30 PM. Please leave a comment if you know the exact hours.

Anyway, here are some photos I took over two dates. The reason I say very few people know about this is because for months I’ve been asking people if they were aware and nobody knows about it. This is a well kept secret. The Space Needle will cost you $19, unless you can time $1 day. This costs nothing. 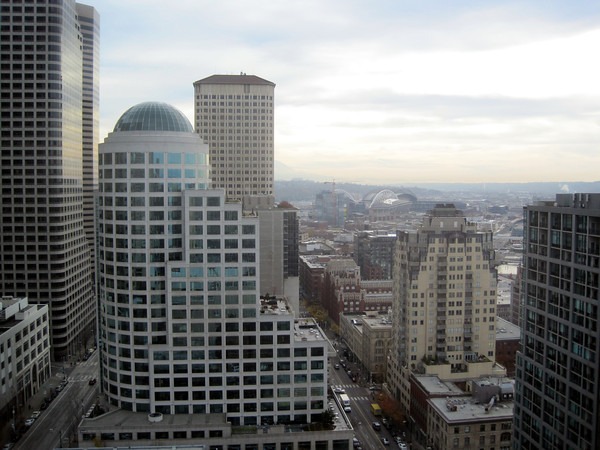 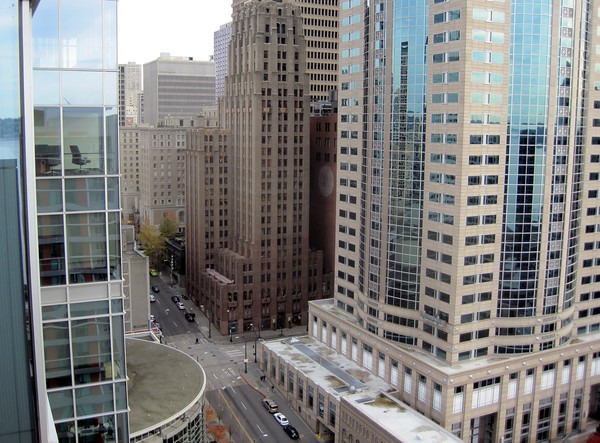 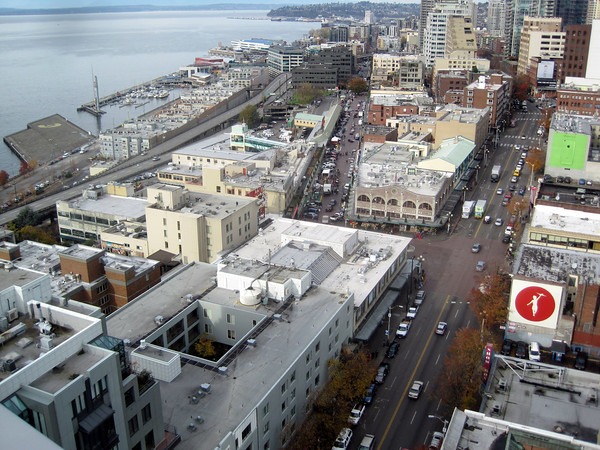 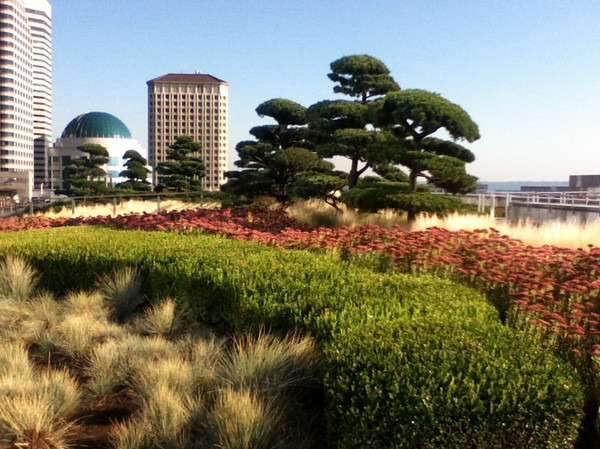 More Photos by Me

Previous Stepping Away From the Glitter…Again!