Trying to Cheer Up an Economic Idiot

Last October I posted about my upcoming eviction. I live in the highly desirable neighborhood of Ballard in Seattle. In the past few years rents have increased and developers have been responding to this demand by building more and putting capital investment into existing structures. The apartment complex I live in was sold last year to a developer that plans on turning them into luxury apartments. Not only will the rents go up, but the construction is such that the tenants need to leave.

I get this and I’m not complaining. It is business. The fact is me and my neighbors have been paying below market rent for a few years now. When we move, we will be entering a market with higher rents. 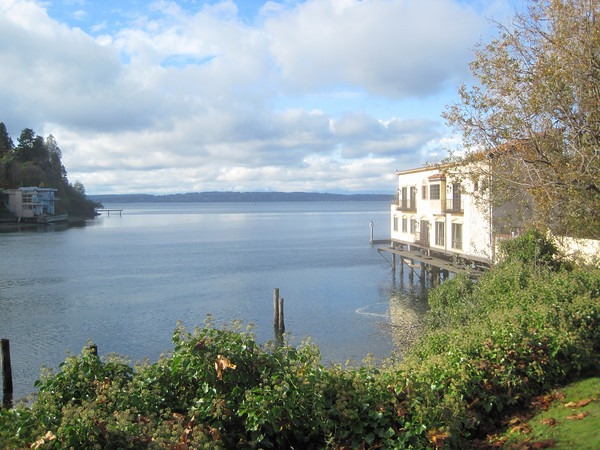 My neighborhood of Ballard.

I recently ran into a neighbor who was distraught about having to move. Even though we likely won’t have to leave until June or July, the neighbor has begun looking for new places. He asked if I had. I haven’t and I don’t plan to until the end date gets closer. He seemed puzzled, so I shared my 3 reasons why I’m holding on to the end.

My neighbor understood my first two points, but went ballistic on the third. He started yelling at me a bunch of economic nonsense about how increased supply always leads to increased costs. He also ranted other economic conspiracy nonsense. Too much for a single post.

Like so many people in Seattle, he lacks basic economic understanding. Increasing the supply of apartments with higher rents does not increase the rents everywhere. Those new apartment buildings are being constructed to deal with the current pent up demand. Those people are still moving to Seattle whether or not those apartments get built. And if they got a job offer from a tech company they can likely pay higher rent than most. That is exactly what has been going on in the past few years. Incoming high paid tech workers are bidding up the rental market.

As a renter, I see additional construction of rental units as a good thing. If the builders build too much, which is a possibility, we will start see rents come into line. If they don’t, then I’ll likely leave Ballard and pay less in rent.

I attempted to cheer up my neighbor and he was rude and angry towards me. I excused myself from the conversation telling him I couldn’t continue as I understood economics. There are reasons for my neighbor to be pessimistic. They are known. All I was attempting to do was provide some much needed balance to this discussion, but he wasn’t receptive. Lesson learned.

Next 20 Pound Bet: Week 4 Weigh In and Food Journal