My Top 11 Coffee Roasters in the SF Bay Area

I was interviewed last month as a coffee expert for an article listing the best coffee roasters in the San Francisco Bay Area. That article just went live.

The Definitive Top 11 Bay Area Coffee Roasters, According to Experts

This is how you do a TOP LIST article. You involve multiple judges and disclose their backgrounds. Then you use a weighted point system and add everything together. Most top coffee lists are the opinions of lazy or uneducated journalists that know little about coffee. Thrillist gets it right.

Anyway the article just discloses my top 3. Since I have a blog, I thought I’d share my top 11 and some thoughts on the roasters as well my analysis of the list itself.

Chromatic was #1 on my list and #1 for the entire list. Glad to see them get the credit they deserve. If they were located in the Mission District, everyone in specialty coffee would know about them.

I was the only one that gave points to Devout Coffee in the East Bay. It is hard to get there, but it is worth it. I invite my other judges to visit them. You will be hearing more from Devout.

Looks like my points for Counter Culture were not added. Maybe because they are based out of North Carolina? Darn. I would have added Linea to the list had I known Counter Culture was not eligible.

I also see Temple got some votes. I would have added them as well, but didn’t consider Sacramento to be part of the Bay Area.

All my picks were based on espresso, except for Peter James. It was one of the best darker roasted coffees I’ve ever had. I’m still not a fan of dark roasts, but it really impressed me.

I did not care for Sightglass Coffee, which I refer to as Sourglass. Every espresso I had from them was under developed and sour. Wrecking Ball was another disappointment. Not only was their espresso bland, but so was their pour over. And almost every shot I had from Equator was just nasty. Ashy notes and no flavor.

If I ever return to SF, I now have a few more places to try. Turning Point, Boot, Scarlet City, Sextant and Oudimentary. And I thought I covered it all in one year. 🙂 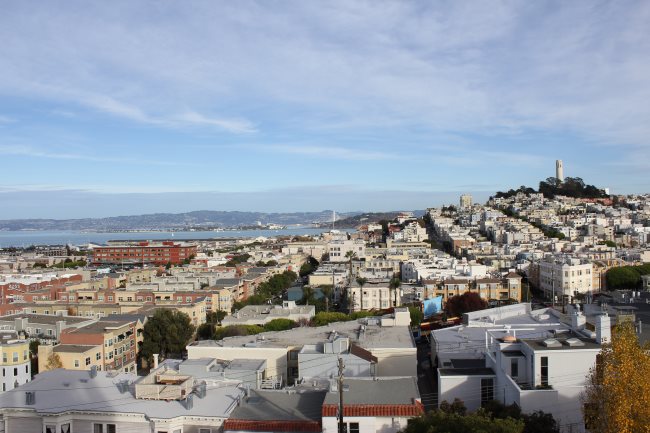 Previous King of the Road