Shortly after I posted 5 Foods That Were Key to My Fat Loss, I realized I had forgotten to include a food I never thought I would buy, let alone become a staple.

The people in my non-defunct Weston A. Price Group would be in shock if they knew I changed my position on a food I once reviled. 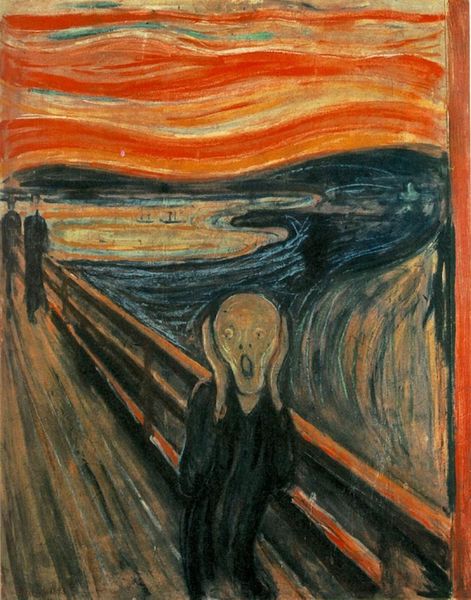 The Scream via Wikipedia

Right now two of my current health goals are to lose weight and to eat traditional whole food. Fat-free yogurt is hardly traditional. It is a product of industrialization that I am able to eat Greek Yogurt stripped of fat.

Even though the fat in Greek yogurt is perfectly healthy, the fat-free version has much more protein. And increasing protein is an effective tool to reducing appetite to lose weight.

Greek yogurt kills it on protein, with 2.5 times as much per serving.

In this scenario, I decided to side with my primary goal of losing weight over my goal of eating traditionally. The reason is I see the fat-free yogurt as a tool to get to a target quicker. Once I’ve achieved and maintained that lower weight, I can reassess my yogurt decision, which I suspect means I would return to eating the full-fat varietals.

How I Eat Fat-Free Greek Yogurt

When I’m away from the house is the time I am most likely to be tempted to go to a restaurant. Since my goal is to both save money and calories, I needed something that would crush my appetite and do it cheaply. Two little containers of Fat-Free Plain Greek Yogurt works out to 30 grams of protein and I never spend more than $2. This buys me a few hours. Enough time to get back to my kitchen.

Running into grocery stores and eating 2 little containers of fat-free yogurt has saved me thousands of calories. All you need is a spoon and I grab a plastic one in the deli area.

I wish the whole fat yogurts had more protein, but they don’t. I don’t dislike the taste of fat-free yogurt because it really doesn’t have any taste. That is likely working in my favor as well. Fat-Free Greek Yogurt is an effective tool for keeping calories low, especially when you are away from home.

Next Potato Hacking is Best in the Summer