Stories By Ed, Jim, and Danny

Three of the books I read recently are biographies. 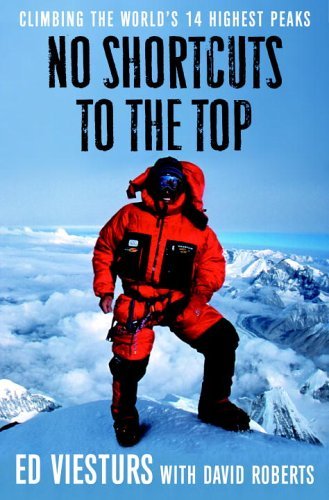 No Shortcuts to the Top: Climbing the World’s 14 Highest Peaks is by Ed Viesturs. It is the story of the first American to climb all 14 mountains higher than 8,000 meters. Ed did them all without supplemental oxygen.

Happy Endings: The Tales of a Meaty-Breasted Zilch by Jim Norton. Jim Norton is the third microphone on the Opie and Anthony Show. This book is a collection of comic essays. It is perhaps one of the funniest books I’ve ever read. However, you should be warned that Jim has a very dark sense of humor. What makes Jim a successful comic is that he has no secrets and he is able to turn the most embarrassing stories into comic gold.

Random Acts of Badness by Danny Bonaduce. I’ve never seen the Partridge Family and I didn’t follow Danny’s tabloid troubles in the 1980s. I became interested in Danny after hearing him on the Adam Corolla Radio Show. On the radio, he is a master storyteller. The book covers just a few of the stories of his past. My guess is he could easily write several more books.

Next Home Prices A Year Later – Who Was Right?