Although I couldn’t care less about what George Soros thinks politically, I do have an interest in understanding how his mind works when it comes to investing. George Soros is a legendary investor who has made billions. One characteristic I’ve learned he has is the ability to immediately divorce himself from all prior positions and look at data with fresh eyes. Unlike the bubble-heads on CNBC, Soros is known for changing his opinion and not tying up his ego with prior calls. I was hoping I could better understand him with his latest book, but it failed to deliver. 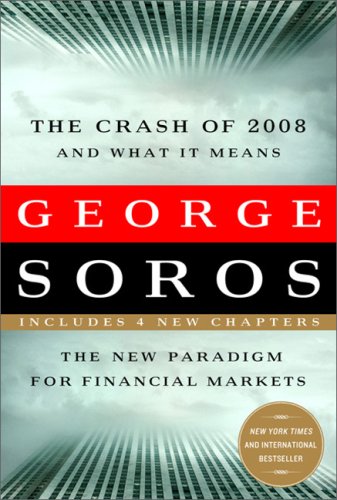 The Crash of 2008 and What it Means: The New Paradigm for Financial Markets by George Soros is a mixed bag. In part of the book he painstakingly tries to explain reflexivity as it applies to financial markets. As much as I tried to understand it, his failure to use analogies and clear writing made it confusing to me. The Reflexivity, financial markets, and economic theory section on his Wikipedia page did a better job of explaining reflexivity than his book.

The rest of the book had economic outlooks. The book was released in May 2008 and the banking crisis had already started. That is kind of like making a game predicition during half-time. He is also a proponent of the theory that this time when the USA slips into recession, the rest of the world will decouple and be OK. That has already started to prove false.

My recommendation is avoid this book and just read his Wikipedia page.

Next Yes, It’s Over, Call It A Day, Sorry That It Had To End This Way