Santa Claus Rally – Hope You Got Out

From Christmas through the New Years, I told several people who stayed fully invested in the stock market that they received a holiday gift. That gift was the Santa Claus Rally. It was a wonderful chance to exit long positions and minimize the damage caused in October and November. The Santa Claus Rally as defined by the Investopedia:

A surge in the price of stocks that often occurs in the week between Christmas and New Year’s Day. There are numerous explanations for the Santa Claus Rally phenomenon, including tax considerations, happiness around Wall Street, people investing their Christmas bonuses and the fact that the pessimists are usually on vacation this week.

The Santa Claus Rally was not the foundation for the next bull market. It was your opportunity to get out of the stock market and move your money into fixed income. Sadly, the same people who ignored my advice back in July to get out of the stock market ignored my advice again. That 25% pop Santa gave you is all gone. Now the market is reaching new lows.

The take away lesson from 2008 should have been to understand and respect RISK. However, I am now seeing people who lost a lot of money in the market taking a Vegas-like double-down attitude. The reason you invest in stocks is because you believe they will rise in value, not because you are down and need to reach for yield to make your retirement goals.

Rallies can and do occur in bear markets. That doesn’t mean it is safe to get back in the pool. Look at the chart below if you want to see how easily an investor can be head-faked into thinking a bottom has formed. 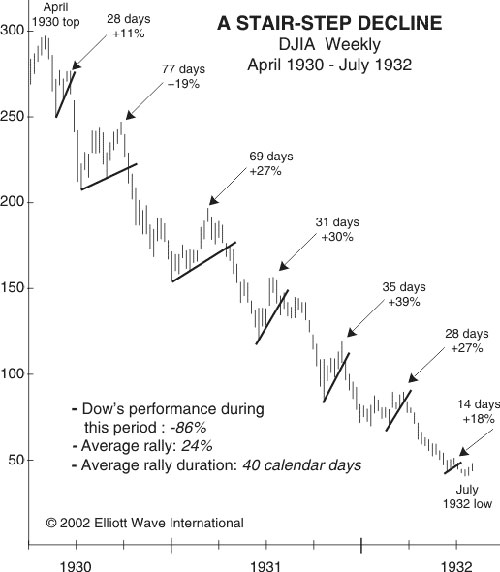 Next Grown Up Digital Is An Awful Book

Previous Will The Housing Crisis Start a Civil War?