One Night In Bangkok and the World’s Your Oyster

How about 5 nights then?

I was told by several people who had visited to Thailand to get out of Bangkok as soon as possible. It is dirty, loud and not representative of the real Thailand. I had low expectations for Bangkok. The only reason I scheduled 5 nights there was so I could meet up with 2 friends.

My verdict is that I liked my time in Bangkok. I arrived in the city doing absolutely no preparation. No map, no travel book, nothing. I didn’t even read the page on the Wikipedia. As much as I like to travel, I dislike travel planning.

For Bangkok I did the random Urban Hike. I walked everywhere. Unlike my trip to Brazil and Paraguay, I never once felt like I was a target for a crime. The air quality is pretty bad, but not as bad as Sao Paulo or Rio de Janiero. But by the second day I was sneezing up a storm, almost like I was having a pollen allergy attack.

Anthony Bourdain, the host of TV’s No Reservations, really has inspired me to embrace local cuisine. In Bangkok there are street carts of food EVERYWHERE. It is good and dirt cheap. 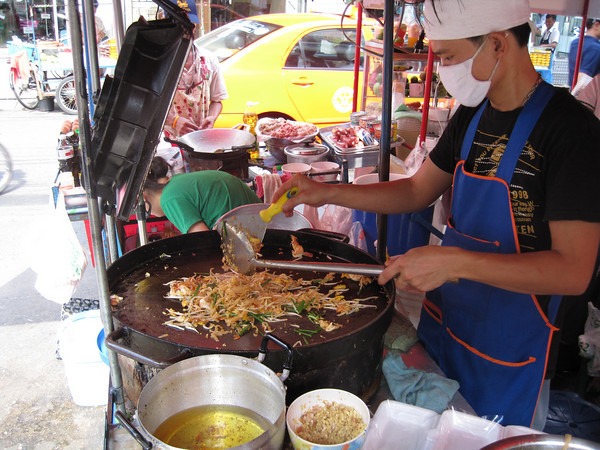 The biggest falsehood that I was told about Thailand was that everyone speaks English and that all the menus are in English. Not true for Bangkok. Not even close. When I took to the streets exploring areas and eating food in areas away from the other tourists almost nobody spoke a word of English. How did I eat? I walked up to a cart and saw something another customer ordered and I pointed at it and then paid. What else needs to be said?

My favorite cart had a few tables and seats. It was just a block away from my hotel. A full plate of food for 40 baht. That is about$1.20. Super tasty. Stick meat was even cheaper at 10 baht (35 cents).

Oh yeah, Bangkok also has some temples. Yawn. I came for the food. 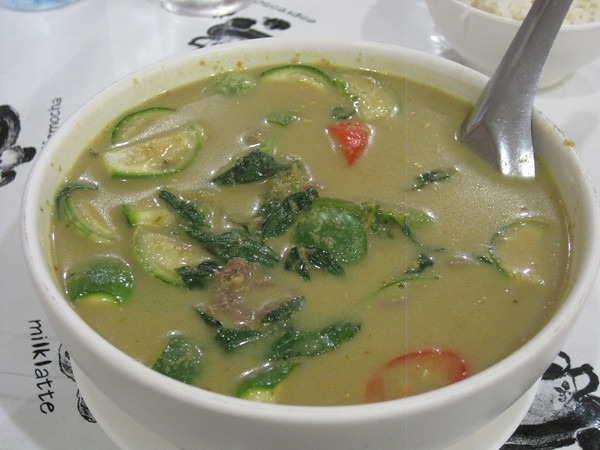 Next Missing Circuit City at the Floating Market

Previous Your Pants Must Be This High To Enter