Why I Do Not Believe HyperInflation is Coming to America

Over the past month I have read several articles by people smarter than me that believe hyperinflation or even sustained very high inflation is coming to America. Despite all the great arguments, I still have a fundamental problem with the thesis. How can a society continue to pay ever increasing amounts when wages are static or declining?

Where are people going to get the money? 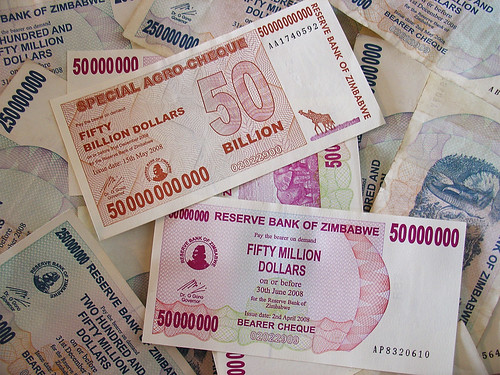 If the citizens do not have the money or credit to buy gas at $15 a gallon, they won’t. There will be an immediate demand collapse and prices will fall. The only way hyperinflation can sustain itself is if there is a feedback loop that connects wages to prices.

In Zimbabwe, a country with hyperinflation, over 80% of the population is unemployed, so the government can print money and hand it out to the population. They don’t have credit and aren’t a real player in the global economy. We aren’t Zimbabwe. We are highly dependent upon credit, very tied into the global economy and without a way to tie wages to inflation.

Previous The Cigar Defense For Bread