The Problem With Boot Camp Training

One of the fitness rages of the past few years has been the Boot Camp model. A personal trainer shows up at a park with a handful of clients and engages in a military-style exercise routine for 30-60 minutes. This is a brilliant business model for the trainer. Instead of doing one on one consultation at some Glitter Gym that wants a piece of the action, they can use a park for free and they can bill several clients at once. The problem with Boot Camp style training is it is built upon several false premises and the expectation and sustainability of the results aren’t realistic.

I am not a personal trainer. I’m a fitness enthusiast and researcher than is in better shape now than when I graduated from real Army Basic Training over twenty years ago. Basic Training was never about turning lumpy out of shape middle-aged people into warriors. The purpose of Basic Training is to break down the individual and build them up as a team player. Along the way, you do a bunch of push-ups and run, but the function of Basic Training is not about designing optimal athletes or getting lean. It is about building soldiers willing to kill or be killed in defense of their country. 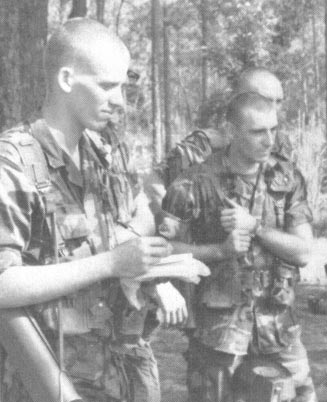 The biggest difference between real Basic Training and Boot Camp training is the massive pre-screening effort the Armed Forces does to ensure a higher rate of success. When you take a bunch of healthy men and women who are mostly 18-20 years old and subject them to high levels of training, they tend to respond positively. Young people have a greater window of recoverability. To further ensure success, the Armed Forces does extensive physicals on all enlistees. If you are overweight, you are instructed to “make weight” on your own before you can even start Basic Training.

When you watch some movie or TV show showing buff soldiers doing exercises while some drill sergeant barks at them, what you aren’t seeing are all the candidates that were rejected by the recruiter or medical personnel. In other words, the military stacks the deck in their favor by selecting the candidates that can best respond to military training. The personal trainer in the park isn’t getting those people.

The takeaway lesson here is that soldiers were ALREADY LEAN AND HEALTHY before they ever started Basic Training. And it wasn’t Basic Training that made them lean and athletic. For most soldiers it was youth.

Back to the Army

Did Basic Training make the soldiers in my platoon stronger or leaner? Not as much as you’d think. Remember that many of the men who join the military are already active. I’d say over half the men in my platoon played sports in high school. I could spend several paragraphs explaining why Army metrics for fitness are flawed, but their mission has little to do with fitness. It is about inflicting a high amount of stress, both physical and emotional, on recruits and then allow the survivors to continue their enlistment. Those that fail are removed. 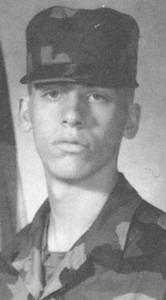 I was 17 in Army Basic Training.

Something I’ve noticed about the type of person attracted to Boot Camp style training is they often have some self-loathing issues. They hate their body. They feel their past failures with other programs were their fault. And as a way to undo their past sins, they will pay some personal trainer to put their body through grueling military-style workouts as a form of punishment. They look at the success of the warrior as proof that if only they trained like a perfectly healthy 18 year old, they’d achieve the same results. The fitness industry loves to feed into our insecurities and then turn their failures into your failures. Training an overweight woman in her 30s that just had a baby as if she were an 18-year-old infantryman doesn’t make sense to me.

Ignore the Success Stories, Look For the Failures

I’m sure at this point, a few Boot Camp personal trainers are ready to tell me about some of their clients that made amazing transformations. My response would be that some people respond well to any type of training. People who make progress continue showing up. Those that don’t go away. The failures are hidden. The fitness industry loves to label these people as quitters, when in reality it may be a host of factors, including an excessive training plan that may be the cause of the failure. Those with superior recoverability skills will respond best to Boot Camp style training. But they tend to respond well to any type of training.

Another straw man argument will be that Boot Camp training is better than nothing. This is pure silliness as it defines the world as having two options: extreme or nothing. A better discussion would be the sustainability of any training program. How realistic is it that someone continues the commitment in time and money to a given program? People tend to imagine that they will be highly committed to a program and then weeks later when life interrupts their plans or the results aren’t coming, they have to quit the program. At my core, I am a strong believer in The Minimal Effort Approach.

Fat loss is 80-90% diet. Figure that out first. Go for walks and maybe a few sprints. Add in a few push-ups and bodyweight squats and you’ll make progress. I have designed an outdoor workout that can be done at a park or backyard in under 10 minutes just once a week. It is ridiculously effective. Fat loss is within your control. Hiring someone to yell at you at the park is time and money that can be better spent in a cooking class. If you enjoy the community aspect of Boot Camp training, then by all means do it. Just don’t hurt yourself.

Next Now a 1 Gallon Blood Donor in 2 States