I was poking around on Kayotic Kitchen and I found a recipe for Slow-Cooked Bombay Potatoes. It was a great idea, but I didn’t have any potatoes. What I did have was a lot of cauliflower. Instead of making a single dish, I loaded up my slow cooker and made the dish in bulk. Usually, I never would do a larger quantity the first time I make a dish, but I was fairly confident that it would turn out good. And it did.

Cauliflower cooks faster than potatoes, so this dish was done in just 2 hours. All slow cookers are different. Taste as you go and stop the cook when it has the texture you like. 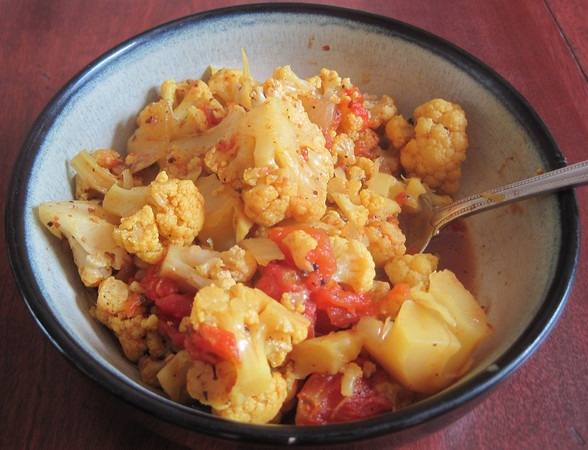 I was proud of the dish but it needed some protein. So I threw in some sardines. Sardines are super healthy provided they aren’t soaked in soybean oil. They also mixed nicely with the spices. Just remember to drain the water before adding them to the cauliflower. 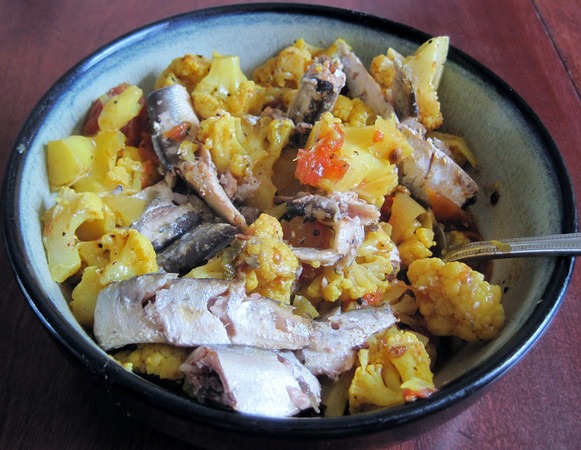 Next My Problem With the 30 Day Paleo Challenge

Previous Testing Myself For Autism