Not a PubMed Warrior

From time to time, I throw out the phrase PubMed Warrior. It is a term I coined to describe those health bloggers and commenters that pour through research studies to find evidence to support their nutritional views. Once they have their references they race into battle determined to squash their opponent or convince others of their superior research skills.

But wait a minute, nutrition is science! This isn’t political opinion. What bias? The problem is you have rampant disagreements in nutrition and each side has studies to support their opinion. So the PubMed Warriors take the studies that conforms to their opinion and rush to the battlefield. They brush off attacks by stating their opponents studies were flawed or inconclusive. And when that fails, they question the integrity of the researcher and unleash a personal attack. 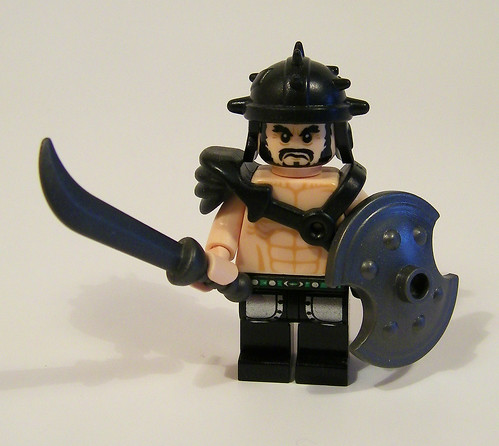 Although I’m certain there are many researchers that approach nutritional research with an open mind that they might be wrong, many aren’t. We humans love to seek out data that supports our view. This is called confirmation bias. If you’ve made a career attacking some aspect or group regarding your nutritional beliefs, then how likely is going to be that you admit you were wrong? Not only will your critics eat you alive, but your supporters will too. Still have to pay your rent. Better to defend the dogma, sell your books and carry on.

I am not a PubMed Warrior for several reasons. To start, I am not qualified to read a nutritional study. I’ve never received training, nor do I care enough to pursue that knowledge. Also, I have no way of knowing if a study is good or poor. Just look at the debate The China Study has caused. It has both brilliant critics and supporters. About a year ago, I decided I would no longer post anything about nutrition that required a link to a medical study. Instead, I would post links to analysis that I found compelling or interesting.

I’d also like to point out that many studies can not be replicated. From In cancer science, many “discoveries” don’t hold up:

During a decade as head of global cancer research at Amgen, C. Glenn Begley identified 53 “landmark” publications — papers in top journals, from reputable labs — for his team to reproduce. Begley sought to double-check the findings before trying to build on them for drug development.

Think about that the next time someone mentions that such and such a study shows that something causes cancer. Amgen couldn’t reproduce the results in almost 90% of the landmark studies.

Another reason I am not a PubMed Warrior is I think it can be a form of intellectual bullying. By keeping the discussion of nutrition at a high academic level, you can spout off your position knowing that most people will not be qualified to respond in agreement or disagreement. The masses will just nod their head and think you are smart or a pompous ass or both.

About a year ago, I was deep into a nutritional discussion when a friend of mine stopped me and said “Talk to me like I’m a 5 year old.” It was an extremely powerful moment to me. It made me realize that whatever I knew about nutrition that I wanted to share with others needed to be communicated in a respectful and helpful way and not a manner that made me feel smart. This I believe is what is missing from most of what I see in nutrition today. The messenger has become more important than the message.

If you have brilliant individuals who disagree on nutritional issues and they each have mounds of research to support their case, where is the truth?  I remember reading the wonderful history of saturated fats and cholesterol in the book Good Calories, Bad Calories thinking how misguided they were back then. Well I suspect we are equally as misguided today, but just about different things. I think we need to assume that that nutritional science is still in its infancy and we know a lot less than we think we do.

What is a average person suppose to do? For me I like the Paleo/WAPF framework. What would a caveman or traditional culture do? That may not be the end of the discussion, but it is a sound place to start. We are here because our ancestors figured out how to survive and thrive in harsh environments without the guidance of PubMed. They were real warriors not PubMed Warriors. We can do the same. Granted if you are sick and need the assistance of modern research, then by all means use that information, but for most of us it is probably not necessary and worrying about some perceived health risk is likely worse than the health risk itself.

When someone tries to scare me with a nutritional study, I just try to use common sense. I do what makes sense to me. If an idea is compelling, but unconvincing I’ll run my own personal experiment. In my next post, I’ll provide a few examples on how I personally resolved a few nutritional disagreements using common sense and experimentation.