Back In Seattle and Other Updates

Things have been slow on this site this summer. I spent July finishing up my commitments in California and then returned to Seattle a month ago. My Seattle room is still under construction, which is making it hard to settle in. As a result, my main computer is unplugged. I’m hoping to have electrical outlets for it this week. Until then I will keep using my Chromebook.

It really is amazing all the things you can do on a Chromebook if you are forced to. FTP, photo editing, Shell, coding, and even Torrent. Not that I torrent, but when a friend out of the country needed help, I was able to assist. 🙂

Since back in Seattle I’ve been catching up on new content for my coffee site INeedCoffee. There are also a lot more articles coming this fall. I’ve been advised that I should post more frequently to build a larger audience. But I prefer to post quality over quantity. There are too many sites creating disposable content. They tend to be hot for a while and then they burn out. INeedCoffee has been online since April 1999. I’m playing the long game. 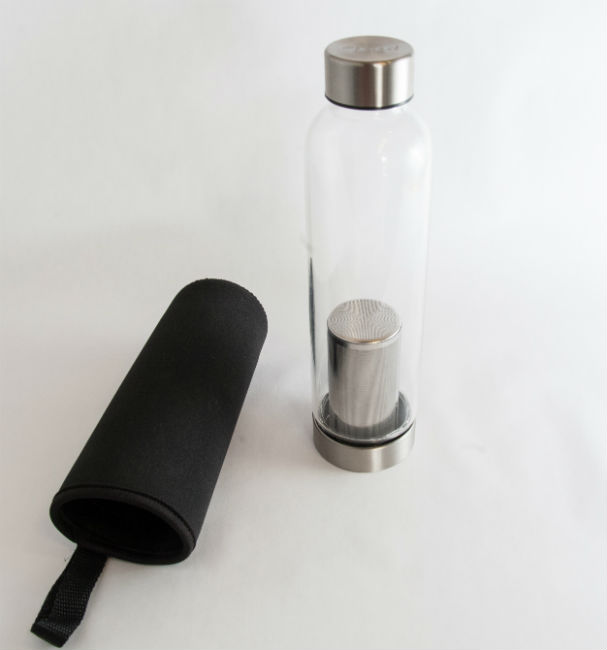 The Perfect Solution For Cold Brew Coffee on the Go was one of the two cold brew tutorials I wrote this month for INeedCoffee.

My Duolingo streak is now at 107 days. I slowed down my Spanish learning a lot during and just after the move. Now that I’m caught up on coffee content, I plan to increase my language study time. I have no specific goal other than to keep improving. If one day I am fluent, great. If I can only read a newspaper, that is fine as well.

And an update on Waze, which is the app I discussed in the post Learning to Hate Driving Less. I ended up passing all my friends that connected to the Scoreboard via Facebook, except Nikki. There is no way I’ll catch her, especially now that I’m away from the SF Bay Area and back in Seattle where I drive far less.

Now my only motivation has been moving up the ranks. Several months ago I achieved the level of Knight, which for the top 4% of users. I was two days away from becoming Royalty, which is the highest rank given to the top 1% when I got denied. The rankings are based upon the state. When I informed Waze I was in Washington and no longer in California, the number of points needed to achieve Royalty was 7,000 points higher. So now I am looking at another month or two before I become Royalty. 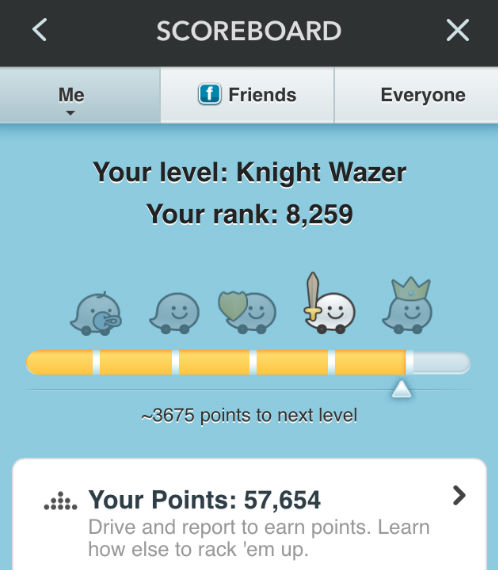 In California, this would be enough points to be Waze Royalty.

I renewed my web hosting with SiteGround. After firing three hosts last year, I may have finally found a place that can keep the servers running, keep them running fast and respond quickly to support tickets.

I have several ideas for health and fitness blog posts, but I have more questions than answers. I was going to shelf all those posts, but I realized that many of the commenters on this blog are more knowledgeable than me and those other readers might have the same questions. So look for some discussion posts soon.

Next Yes Ice Cream is Still Better Than Protein Powder