Why the Events of 2016 Did Not Surprise Me

After my long blogging hiatus, I returned with a list of topics that I wanted to cover.

One item on the list was why the events of 2016 did not surprise me. I expected both Brexit and that Trump would not only win the GOP Primary but the General Election.

This post is not about my political opinions. How I may or may not feel about an issue or candidate is irrelevant. Just like with fitness and nutrition, my opinions have changed a lot over the years. They continue to change. But how I feel at this moment is of no importance. I hope I stressed that enough.

The reason 2016 made sense to me is that I was able to view current events as an impartial observer. Much like an excellent investor doesn’t get emotionally attached to the value of a stock. It may be undervalued or overvalued, but it is what it is. 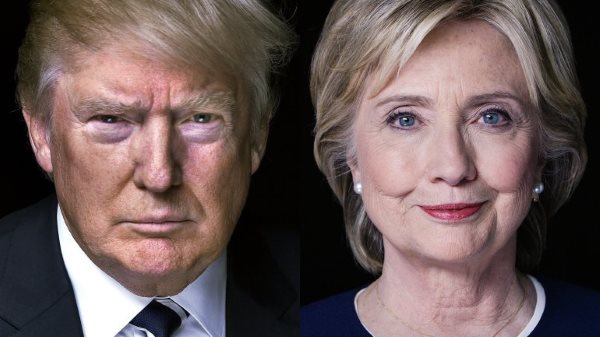 Below are the people that helped guide the thinking that prepared me for 2016.

One of my favorite investors is Gary Shilling. He top-called interest rates in the early 1980s and advised investors to buy Treasuries when interest rates were sky-high and declining. That was one of the best investment calls in history. I cover him more in detail in the post The Age of Deleveraging.

About 4-5 years ago he was being interviewed about the sluggish recovery and with the same calmness that he always exhibits he mentioned how pro-labor movements always come in cycles. A pro-labor cycle was coming and we would see things unfold that were common in periods when labor movements get strong. Calls for higher minimum wages, protectionism, tariffs, rent control, curbing immigration, and other populist ideas aimed at reducing inequality.

Shilling was clear that those methods were not the strategies he would implement to boost hiring, but this is what was going to happen. Something about that interview really stuck with me. Not just his calls, but how even one of the top investors of our generation with an opinion and a voice on TV could play the role of the impartial observer. I found it something to aspire to. Look past what you may want to happen and see the world for what it is.

What happened next? Cities around the country started passing increases in their minimum wage laws. You saw the rise of Bernie Sanders and Donald Trump. Both tapped into the rise of these labor movements from different angles and both candidacies did far better than the general media expected.

His website is hideous and a lot of his financial stuff I disagree with, but the daily newsletter from Generational Dynamics is an amazing resource. Each newsletter usually focuses on just one or two events. It begins with an overview of what happened and then jumps into the histories of the countries involved, followed by his analysis.

One of the core themes in GD is how different generations respond differently to conflict and crisis. Not just in Western Countries but around the world. And not just going back decades, but hundreds of years. There are similarities to the Strauss-Howe generational theory that was covered in the book The Fourth Turning.

One of the themes of GD is predicting how a crisis will unfold based on how many generations society has had since it experienced a major conflict. Are the leaders in charge the children, the grandchildren, or the great-grandchildren from the prior major conflict? Answering that question is predictive of what the response will be.

One of the takeaways from GD for 2016 is that now that the children of the Depression and the soldiers of WW2 have mostly died off, we will begin to see nations take a more nationalistic tone. First, it was Brexit and Trump. This trend is likely to continue.

One of the themes Armstrong writes about is Public vs Private confidence. Money flows with confidence. During the 2008-2009 financial crisis money poured into government debt for safety. Now we are seeing confidence falling in the government. Money is pouring out of Asia and Europe into the US Stock market. Armstrong wrote this in May 2015:

When capital loses confidence in government, it flees to the private sector, but you have to understand at that point it is not about profit – it is about survival.

Armstrong called both Brexit and Trump. He also predicted that governments under the pretense of cracking down on crime and terrorism would begin going after cash for revenue. We are seeing this now in India as well as in articles penned by prominent economists. Whether you believe or disbelieve the motives of the governments is up to you and likely irrelevant.

Scott Adams is best known as the creator of the Dilbert comic. If you do not read his blog, you are missing out on the best political analysis that I’ve ever seen. What makes his take fascinating is he isn’t discussing issues, but persuasion.

Adams called for Trump to win the entire election over a year ago. This was back when most people thought his candidacy was a joke. Adams has studied persuasion techniques for decades and saw something in Trump that most didn’t.

It would take too much time to summarize a year of what I learned from him, but the very short version is that most of the decisions we make as humans are irrational and emotional. We later use reason and logic to back up those decisions. This is why debating facts almost never works. We each choose our own facts.

I highly recommend listening to this 68-minute interview with Scott Adams to understand what I am talking about.

#5 Me and the Wikipedia

Using the information I learned from Scott Adams and by reading a single Wikipedia page, I predicted months before the general election that Trump would win by 100 electoral votes. He won by 77.

The page I read: Electoral history of the Libertarian Party (United States)

If you read the Wiki page you will see that the Libertarian Party has historically received 1% or less of the popular vote. Yet during the 2016 election, we consistently saw Gary Johnson polling between 5-9%. Johnson ran in 2012 and only received 1% of the vote. His campaign wasn’t inspiring and he came across as incompetent on 60 Minutes. I sensed there was something wrong with the polls.

My thesis was most of the people polled that said they would vote for Johnson were really saying that they didn’t like either candidate, but really did not like Clinton. In their own mind, they may have honestly believed they would cast a rebel 3rd party vote, but on election day they would defect and vote against Clinton. And that is exactly what happened. In the end, Johnson only received 3.2% of the popular vote. Trump gained most of the Johnson defector votes, as I predicted.

I want to conclude by saying once again that my opinion is not relevant. My goal was to just be better informed and understand the world around me a little better. The four gentlemen listed above and one page on Wikipedia helped me make sense out of 2016.

Next Removing the Email Masking and Amazon Link Building Tools

Previous Would I Still Buy a Chromebook?