I ended up doing a 4-day hack instead of 5-day. The reason was unexpected. I received a 3-day pass to a gym with a lot of nice equipment, a sauna, and a steam room. So although I was planning to hold off lifting weights until Monday, I had to take advantage of the pass as it was going to expire on Sunday. After a hard workout Saturday morning, I decided to end the potato hack to make it easier to get more calories for recovery.

This was by far the easiest Potato Hack I’ve done. Unlike prior Potato Hacks, where Day 2 was challenging, this time required almost no willpower. I believe the reason for this is that going without flavor for meals or days is no longer novel. The journey is no longer unchartered. Plus I had just completed a 4-day Potato Hack in early June, so my Potato Hacking muscles have recently been worked out.

I lost 2 pounds and 1/4 inch off my widest point. I took the measurements both the morning after the end of the hack and 2 days later after resuming normal eating. Both were the same.

Some might be thinking that 2 pounds weren’t a lot, but I had just lost 22 pounds since March. For me, the easy weight is already lost. I had been weight stable at 199-200 for a few weeks prior to the Potato Hack. So I consider this Potato Hack to be successful. Plus I saved money and further practiced the skill of choosing not to eat flavorful food. That skill is useful to have post-Potato Hack.

During my 4-day hack, outside of this blog, I didn’t inspire a single person to Potato Hack or even to consider going a single meal eating a single meal of boiled potatoes. However, I did come up with an idea of a Potato Hack variation that I think would be acceptable to others and also be effective. I’ll talk about my idea in the next post. 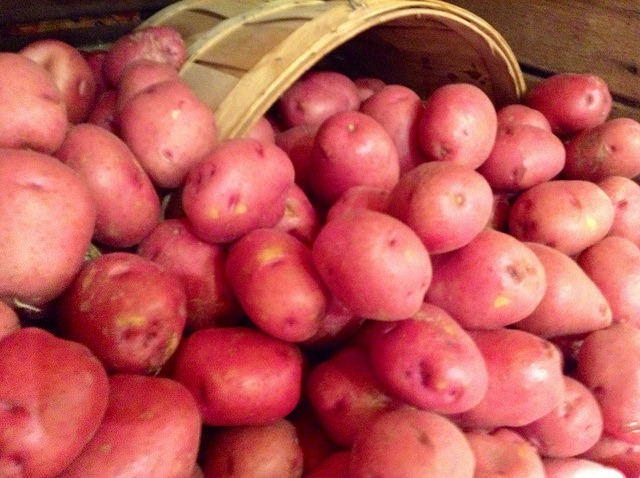 Next Marine Potato 20 – An Easy Potato Hack For Everyone

Previous The Math Behind the Potato Hack