How to Save a Tweet as an Image With Google Chrome

I discovered a neat trick with the Google Chrome browser that lets you take screenshots of all or part of a screen.

Being able to save an image is something I need for Twitter. Although WordPress is supposed to render a tweet properly with just a link, I’ve discovered it often doesn’t work. Sometimes just the link to the tweet appears. And then sometimes the tweet is deleted, making your post incomplete. Making an image of the tweet is the way to go.

It can be in the feed or the detailed (larger) version. Pick the one that you want. 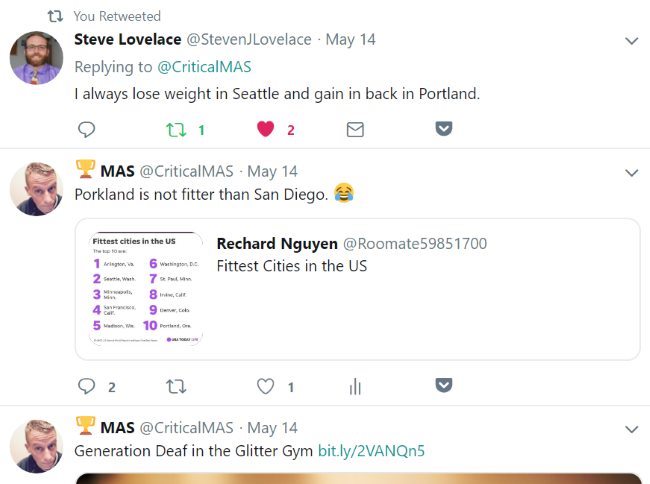 I want to save my glorious joke where I give respect to my old hometown of San Diego while at the same time poking fun at Portland, OR. For the record, San Diego IMO is the fittest city in America.

This window may pop-up on the bottom or the side.

Once the Developer Tools window is open, press Control + Shift + p (windows) or Command + Shift + p (Mac). This will open the Command Pallet. Start typing screenshot and you will see a few options. 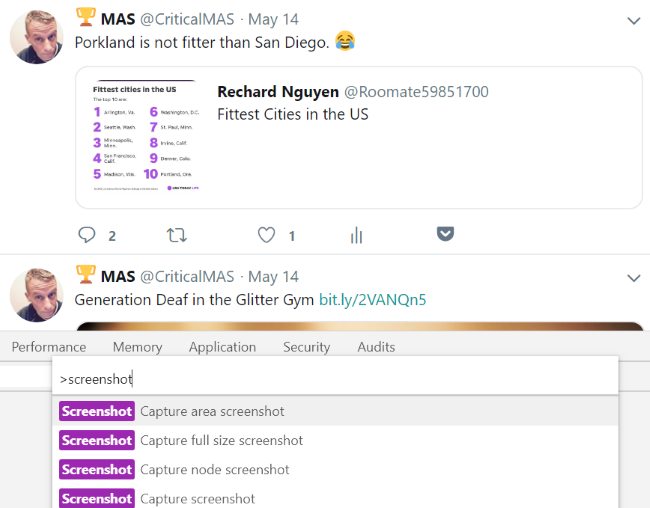 At this time there are 4 screenshot options in the Command Pallet.

After this option is selected, go to the tweet and highlight it with your mouse. Once you release the mouse button, the image of the tweet will immediately download. 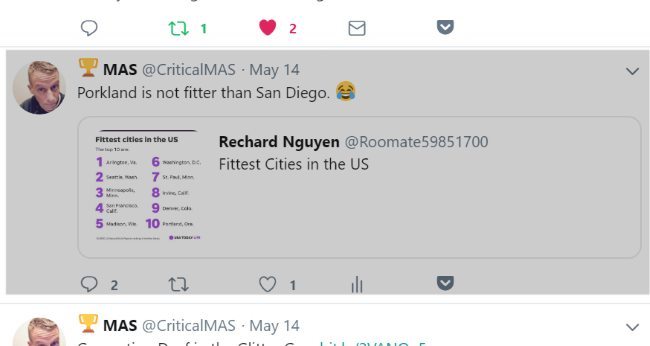 Highlight the tweet and then release the mouse button.

Go to the folder where downloads are saved and you’ll find a PNG file of the area you selected.

The tweet is now saved on my computer as a PNG file.

If you are on a web page and would like a screenshot of the entire page, including the parts that are not visible on the screen, select “Capture full size screenshot”. No graphics program needed.