The Box of Tapes

I haven’t posted much this summer. The main reason is the topic of this post. As I’ve mentioned a few times, one of the projects that I am part of is the historical preservation of a radio show that went off the air in 2009. For that background check out My Tribute to Radio’s Neil Rogers.

Until October 2017, I had the help of John Baker. He was a master at converting audio and finding the dates of those shows. Then he passed away. From my Tribute to John Baker:

John was able to convert any analog format into digital from cassettes to videotapes to reel-to-reel recorders. Almost every recovered show prior to January 1999 went through his hands. He was not only able to transfer audio to digital he had an amazing ability to be able to date a show by just listening to a few minutes.

By October 2017, the audio donations had long dried up. We thought that there would be no additional audio prior to 1998 that would be recovered. And there would be a slim chance of recovering any missing audio in the 1998-2002 period.

Then I received an email earlier this year from someone claiming to have older tapes of the show. Most of these emails go nowhere. They either promise to send shows and not deliver or they have audio from later shows which we’ve already recovered. Even though John did all the cassette conversions, I found a few Cassette to MP3 converters on Amazon. I figured I could learn how to do the audio work, so I gave my mailing address to the person with the email offer.

A few weeks later, a package arrived in the mail. There were 47 tapes in the box. Some were 60 minutes, but most were 90-minute cassettes. I went to work immediately. First was taking the cassette and getting it to digital format using the converter and Audacity. Then came the hard part. Going through each tape to determine the show date. Most of the tapes spanned shows from different dates. 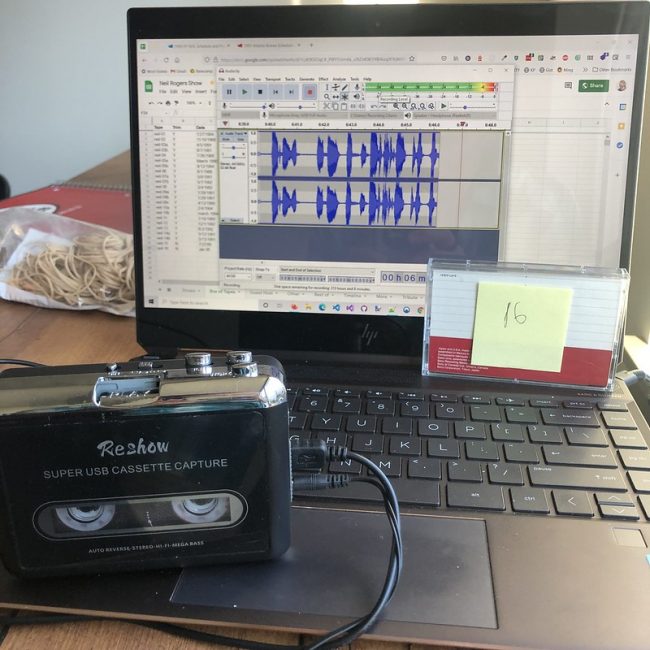 Dating shows is a challenge. I would listen for sports scores or references to an article in the newspaper. One show I dated based on the description of what happened on the previous episode of Knots Landing. The shows were from 1988-1993, with one show from 1998. I was able to recruit one volunteer to help me with dating the shows. 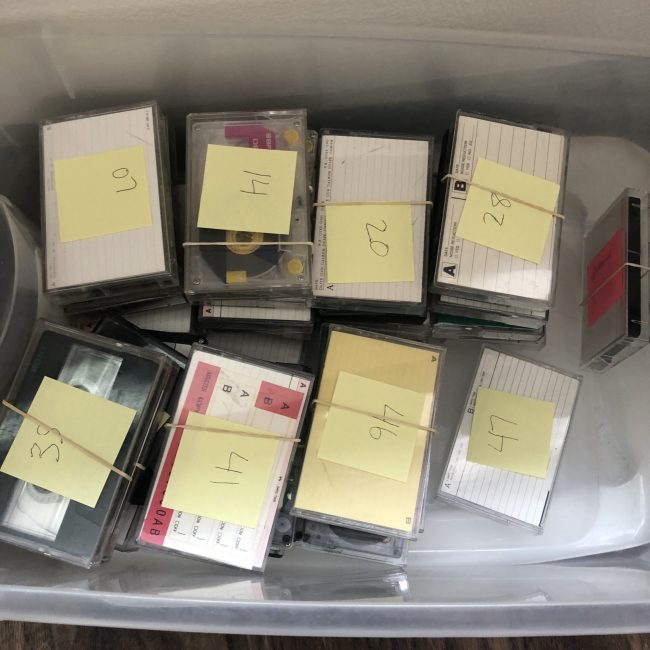 Once the shows were dated, I sometimes had to merge and rearrange the MP3 clips. The shows were then added to the main spreadsheet and uploaded to Archive.org and OneDrive. At that point, I made a video for each show and uploaded them to YouTube. On YouTube, I have it set so two shows will go out each week through mid-January 2022.

I never thought we’d find more audio, especially not 30-year old audio and so much of it. John would have loved doing what I spent this summer doing. That was his favorite era of the show.

Next Pavel, Peat, and Potatoes

Previous Made in the Spirit of the Early Web