In my last post, I mentioned my portal site MichaelAllenSmith.com needed to be rewritten because it was an ugly version of my GitPage.

I completed that task yesterday and did a few changes this morning. It went so fast because I discovered a Pico.CSS, which is a minimal CSS framework that doesn’t require learning classes. Out of the box, you have a sharp-looking HTML site that is responsive and supports dark mode.

I love it. If you know basic HTML but don’t want to waste hours tweaking CSS, I highly recommend looking at Pico.CSS. Simple.css is another classless framework that I will likely try out for a future project.

I did make one addition. The first photo of me on a bike had an old-timey frame that I scanned in. I liked that look, so I created a CSS class that allowed me to apply that same frame look to the other photos. 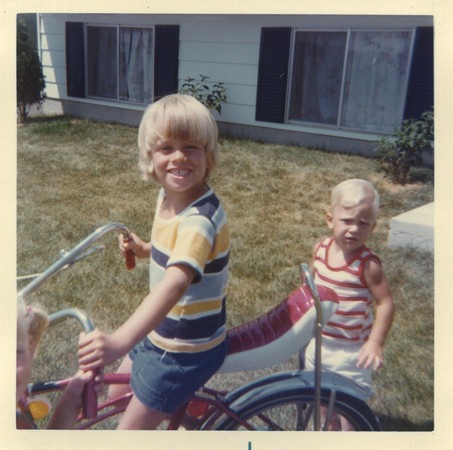 My goal with the rewrite was to have a page that introduced me and not just a list of websites that I built. I also get alerts every month or two where someone with my exact name got arrested. I wanted to clarify that my record is clean and I’m not the alleged criminal should someone be looking for them.

Let me know what you think. MichaelAllenSmith.com

Next In Defense of Low Fat Dieting

Previous Why am I Still Using WordPress if it is a Bloated Mess?