Why am I Still Using WordPress if it is a Bloated Mess?

I used to have a coffee blog that just focused on Seattle. The project was a flop and I sold the domain in 2012. It appears nothing was ever built using that domain. Any content of value was moved here or to INeedCoffee.

In 2017, I sold my coding site to a financial firm that has since been renamed to DigitalBridge. Although I mostly want to control my own content on my own domains, I moved all my code to GitHub. It is a much better platform for code than a WordPress blog. A single static GitPage is enough for me, although I mostly like what DEV Community is doing.

If I had a decent tutorial, I moved it here. An example would be Seattle Photos Mashed With a Thomas Kinkade Painting.

I also discovered that many coding blogs become outdated quickly as new versions will often have breaking changes. Then you get comments from desperate coders asking why things aren’t working for them.

I built a WordPress blog for the radio archive project that I manage. It was an interesting setup because I “created” almost 2,000 posts by exporting rows from a Google Spreadsheet to a WordPress database.

I had a partner help me manage the massive number of posts. He was an older man that didn’t know WordPress, but I was able to teach him enough to get him proficient quickly. That is the strength of WordPress.

He died in 2017 and I decided the site in that format was too much to manage by myself.

In 2020, I taught myself enough Gatsby to get off WordPress and create a static site with just a handful of pages. Later I would code the site in Svelte. Then there were some breaking changes and the updated version (SvelteKit) was still in Beta, so I returned to the newest version of Gatsby which is what the site is running now.

It was coding this project that made me fall in love with static sites.

In 2014, I spun off the agricultural section of INeedCoffee to its own site. This allowed me to set up the author and photographer of that content as co-publisher on that WordPress site.

Having the separation between the sites was not only best for the readers but best for the author, who is a Ph.D. coffee farmer in India. He can add and edit content without going through me.

He went from having no experience creating content to becoming highly proficient in WordPress. For this site, WordPress is the best tool. His articles can be 7,000 words at times with multiple photos. I do not see a static site coded in Markdown files as even a possibility for this domain, although it would run faster.

This is the next candidate to go static and leave WordPress behind. It gets a lot of traffic, doesn’t publish often, and doesn’t allow comments. Setting up a static search as I use here with Algolia would not be not hard.

I have been considering if I want to sell the site recently. It will be 23 years old in April. Maybe it needs fresh blood? I’ve been burned out on the site for a few years.

If I don’t sell, INeedCoffee will dump WordPress and go static.

The most important thing to me on this site are the comments. If I were to dump WordPress and go static, I’d need to trust a 3rd party not only with new comments but the existing 11,000 ones. Transferring that many comments has a decent chance of not going smoothly.

I don’t trust Disqus and although I like the idea of using GitHub for comments, it is still nowhere near as easy as WordPress makes it. WordPress also kicks ass on spam protection.

I do think more static site comment solutions are coming. We might be a few years off. Until then, this blog will remain on WordPress. 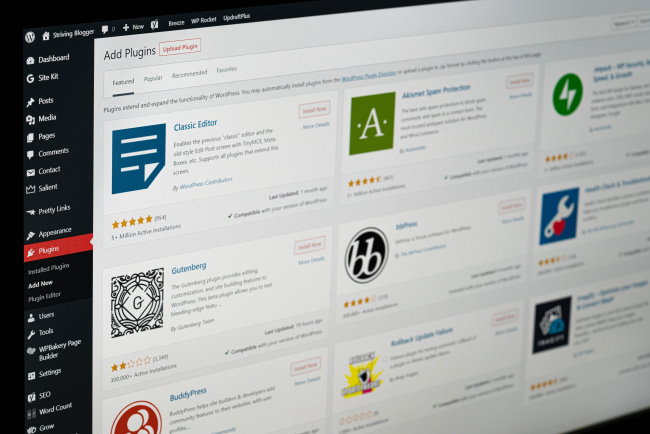 I may have also had a WordPress site on MichaelAllenSmith.com years ago. I don’t recall and if I did it was just a few pages. Now that domain is a single-page site that really needs to be rewritten*. It is basically an ugly version of my GitPage.

Also, when I got the PotatoHack.com domain recently, I didn’t think for a single second about using WordPress. I made the site static. Years ago, I would have reached for WordPress instinctively.

* UPDATE JAN 29, 2022: MichaelAllenSmith.com has been rewritten.

Next My New Portal Page