Since I started my TV-free experiment, I’ve been reading more books than usual. 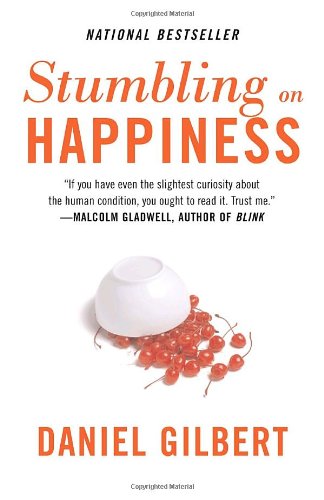 Stumbling on Happiness by Daniel Gilbert surprised me. I first saw the author on the Colbert Report and thought his book sounded stupid. Later I talked to an old co-worker that was enjoying the book, so I put it on my list to read. I’m so glad I did. This is one of the best books I have ever read (actually I listened to the audio version).

This is not a pump-yourself-up get happy positive-thinking self-help book. It’s more like a user guide to human emotion. Predictions of the future and our recollection of the past are often flawed. The things we imagine will make us happy often don’t and things we didn’t imagine making us happy often do. The author has a good sense of humor as he takes you through psychology studies explaining human emotion.

At the end of the book, Stumbling On Happiness jumps from why the human mind is hardwired to guess wrong to two powerful replicator ideas held by society that are false. If I haven’t convinced you to get this book, check out the Stumbling on Happiness interview by Jonathan Stein. 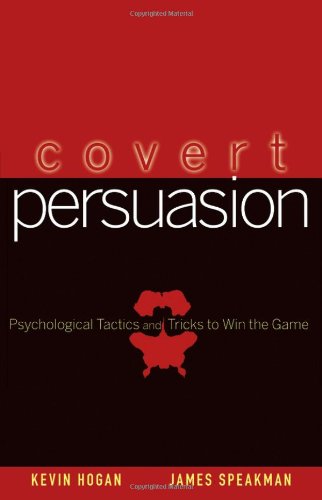 Covert Persuasion: Psychological Tactics and Tricks to Win the Game by Kevin Hogan is the flip-side of Stumbling on Happiness. Hogan’s audience is primarily salespeople. It uses many failings of human emotion to land a sale. Earlier this year, I read Hogan’s other book The Science of Influence: How to Get Anyone to Say “Yes” in 8 Minutes or Less! Many of the pages of that book were lifted and placed directly into Covert Persuasion. Covert Persuasion is basically an updated version of The Science of Influence.

Some of the tactics can border on sneaky or unethical if used for evil. The book lists 55 distinct Covert Persuasion tactics as well as a section devoted to Hypnotic Language Patterns. Trying to date that hot girl in accounting? You could go to the gym, but that’s so 20th century. Try some Covert Persuasion instead.

You can also use the information to detect when someone is trying to covertly persuade you. It’s almost like a vaccination shot against salespeople. Keep the book around and review it whenever you need a booster.

Stumbling on Happiness was absolutely fascinating! It’s so interesting that it’s one of those books I’m planning to re-read again. Anyway, it’s good to be reminded just how flawed our perception/prediction and subsequent decisions really can be.

Previous The Anabolic Quality of Food