Here is the Real Secret

Considering how many people are discussing The Secret, I decided to read the book yesterday. 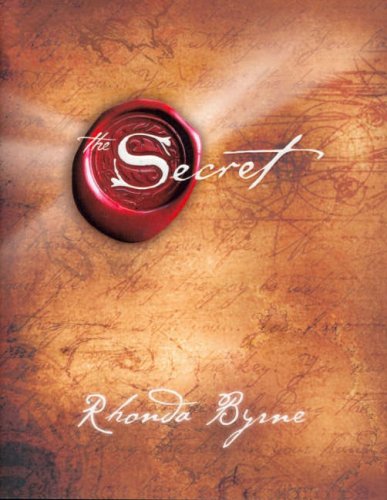 The Secret by Rhonda Byrne is part science, part magic, part good wisdom, and part nonsense. The Secret is a mystical representation of the Law of Attraction. From the Wikipedia:

It states that people experience physical and mental manifestations that correspond to their predominant thoughts, feelings, words, and actions and that people therefore have direct control over reality and their lives through thought alone. A person’s thoughts (conscious and unconscious), emotions, beliefs and actions are said to attract corresponding positive and negative experiences, or “harmonious vibrations of the law of attraction”. The “law of attraction” states “you get what you think about; your thoughts determine your experience.”

The first half of the book repeats the you are what you think mantra over and over. Seventy pages of rewriting the same paragraph hundreds of ways. Although the book is mostly trite, it does have decent advice about being in control of one’s own thoughts. It covers visualization and goal setting. All fine topics that I was exposed to in Goals! How to Get Everything You Want–Faster Than You Ever Thought Possible by Brian Tracy.

The book uses science when it’s convenient and then cloaks The Law of Attraction in magic. Along the way, it spews such garbage as:

Food cannot cause you to put on weight, unless you think it can.

…I became a hefty 143 pounds, all because I was thinking “Fat thoughts.”

On disease and sickness:

You cannot “catch” anything unless you think you can…

The worst example was the case of an oil exploration company in Belize that used their thoughts to conjure up massive oil reserves in the region. Nonsense.

Before I get attacked by the cult of The Secret devotees, let me say that I think there is some truth to the Law of Attraction. I just believe it’s a little more straightforward and not nearly as mysterious. Let me provide an example.

Imagine you are walking through a crowded shopping mall. It takes you an hour to circle the mall, look in the stores, and grab a snack at the food court. Along the way, you passed millions of pieces of data. You witnessed hundreds if not thousands of faces. You saw numerous items for sale. Everywhere you looked there were signs. How many of the faces do you remember? What items or signs stuck out? Probably not many. The mind does a great job of filtering out what it deems as unimportant. The things you recall are the things that were of interest (good or bad) before you even entered the mall.

Wherever I go in this country I see people with Ohio State shirts. I’ve seen them at the Grand Canyon, Maui, Idaho, and here in Seattle. All locations thousands of miles away from Columbus. Did my thoughts make these people materialize? Or were those people always there and did my mind recognize the Ohio State logo as something that should pass through my filter? The Secret makes the case for the former. I believe it’s the latter.

A better example. Give me two people who have never been to Seattle. I’ll take each person separately on a car ride tour through the city. To the first person, I’ll mention how Seattle has the rudest and most inconsiderate drivers on the West Coast. To the second person, I’ll say the opposite. In both cases, they will be convinced. Why? I told person #1 to look for examples of bad driving and that is what they thought about and that is what they saw. I told person #2 to look for examples of considerate driving and sure enough, they looked around and witnessed it. The Secret believes we summoned everyone on the road to behave according to our thoughts. I think the simple explanation is we see what we look for.

Ever notice people are nicer to you on vacation? Could it be you are happy to be away and are looking for evidence to support that view?

Although far from perfect, a more honest assessment of the Law of Attraction is found in the DVD What the Bleep!? – Down the Rabbit Hole.

Next The Myths of Innovation