There are at least two ways to ride an elephant in Thailand. One is to do a trek. They put you up on a mini bench and two can ride seated side by side. That is what I planned to do when I came to Thailand. Then we discovered the elephant training option. 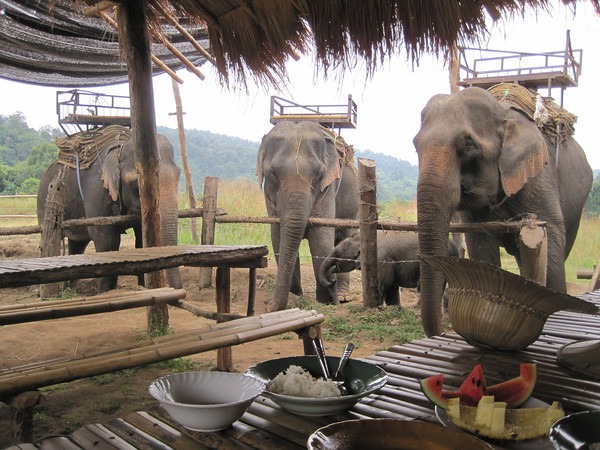 At elephant training we learned and practiced two ways to climb up on an elephant. The first way is by the side. You grab the ear, place your foot on the elephant’s leg and then yell a command to have the elephant raise his leg up. From there, you straddle the animal and pull yourself up.

The second method is the head first method. You tell the elephant to bend his head down and then you climb onto his head. Once on, the elephant lifts his head and you move to the top. Once situated, you spin around and you are ready to ride.

Once on the elephant we learned commands to get the elephant to move right, left, forward and backward. The commands were all in Thai. When you combine the command with a tap from a mini cane, the elephant responds. So cool! 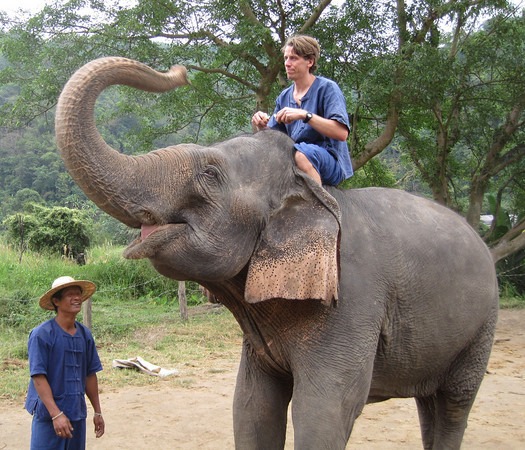 Later in the day, we took the elephant into a river and cleaned them using water and scrub brushes. We also rode them into a field to graze and even took them into a mud bath.

Our elephant group was two female elephants and a baby elephant named James Bond. He was a handful and liked to do ram us occasionally. 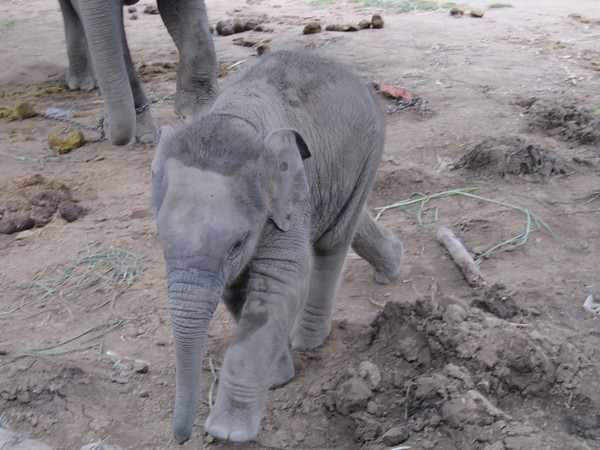 If you go to Chiang Mai, you MUST do the elephant training. It has been the highlight of my trip so far. More photos and video will be coming in a future post. 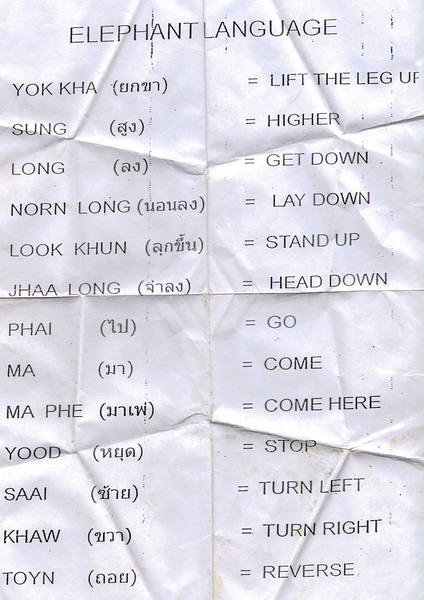 Next Feeding a Crocodile in Ko Samui, Thailand

Previous 3 Tigers, 1 Lion and MAS in a Cage