* Note that my Malaysian observations were all inside Kuala Lumpur. Things may be different outside the city.

Malaysia has a problem that its neighbor Thailand doesn’t: obesity. Wherever I went in Thailand the people were trim. Age didn’t matter. Here in Malaysia, the majority of women are overweight. Both countries have a similar diet, what is going on?

Despite having a similar cuisine, Malaysian dishes are served with mounds of rice or noodles. Much more than dishes in Thailand. In addition, the meat portion of the dishes in Malaysia are smaller. The result is a typical dish in Malaysia has a higher carbohydrate content than Thailand. 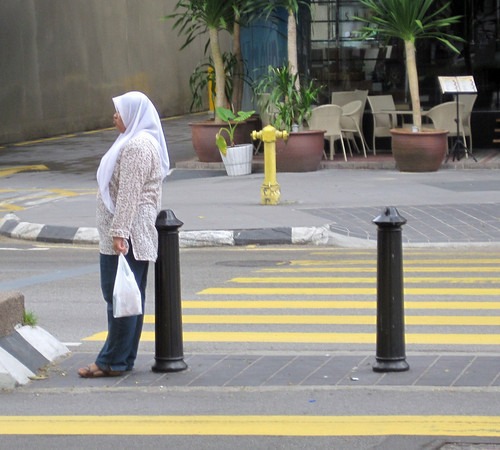 My obesity observation is known by the Malaysian government. A quick search will pull up several websites dedicated to educating the citizens on the growing obesity problem. Of course, the solution being peddled is to eat less and exercise more. Neither work for long-term fat loss. The problem is excessive carbohydrates, not excessive calories.

The people of Thailand eat all day long. Unlike the religious people of Malaysia, they don’t have near the restrictions about eating meat. In Malaysia, the Hindus avoid beef. The Muslims avoid pork and will only eat meat prepared in the Halal manner. And then you have a bunch of pure vegetarians. All this does is further increase the carbohydrate percentage of the average diet.

Malaysia also has had far greater economic growth than Thailand since the 1970s. People have more money in their pocket. The only people drinking whipped cream-covered mochas in Thailand were tourists. Here in Kuala Lumpur, the coffee shops are packed with locals sucking down the sugar poison drinks. That same observation is true with ice cream shops.

When a culture suddenly increases the number of carbohydrates in their diet, health problems come on fast. Look at the Native Americans.

Another observation that I made is something I plan to research more. Never once in the 3+ weeks I spent in Thailand and Cambodia did I witness a child throwing a tantrum or crying. The kids were alert and in great spirits. Not so in Malaysia. Malaysian kids cry, yell and pout in public. They act like American kids.

Do kids start acting out once their parents get more wealth or are the excessive carbohydrate diets wreaking havoc with the hormones of a growing child? Carbohydrates will spike insulin. In the presence of insulin other essential hormones down-regulate. As an adult, I know what it feels like to carb crash. I understand blood sugar and how if I grab a cup of coffee, I’ll be fine in due time. A kid is more likely to throw a crayon or cry and then to be placated with yet another carbohydrate feeding. Just a thought.