The Hunter, The Hammer, and Heaven: Journeys to Three Worlds Gone Mad

After I read and thoroughly enjoyed the book The World’s Most Dangerous Places, I add another Robert Young Pelton book to my Amazon queue called Three Worlds Gone Mad: Dangerous Journeys through the War Zones of Africa, Asia, and the South Pacific. Only that book was never available. While poking around on Amazon, I learned that book was retitled and was available. 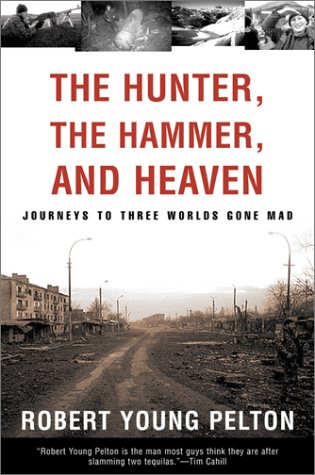 The Hunter, The Hammer, and Heaven: Journeys to Three Worlds Gone Mad by Robert Young Pelton is three books. The Hunter is about Sierra Leone. The Hammers cover Chechnya and Heaven is about the island of Bougainville. I just want to cover The Hammer. That story rocked.

In The Hammer, the author goes into Chechnya during in the war with Russia at a time every other journalist is pulling out. If you want to know what is like to be inside a country getting pounded with Russian bombs, read this story. I loved it enough that I contacted the author on his site Black Flag Cafe asking if there were any photos online from his trip. Sadly, there aren’t at this time. They are still unpublished.

If you are interested in war reporting, Chechnya or just want a good story, check out this book.

Next Revisiting “Cleaning Up My Diet”

Previous Why I Am Not Renewing My Sirius XM Radio Subscription