Just because I am on vacation doesn’t mean that I don’t still wake up early and seek out coffee. Apparently, I must be the only one that visits Phuket, Thailand and still desires and espresso at 7 AM. I can wait until 8 AM, but 9 AM? Are they mad? I saw one Starbucks that didn’t open until 10 AM. 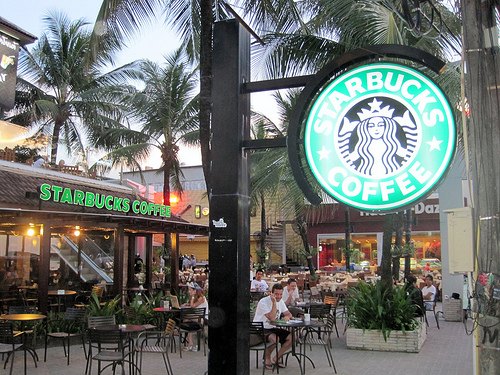 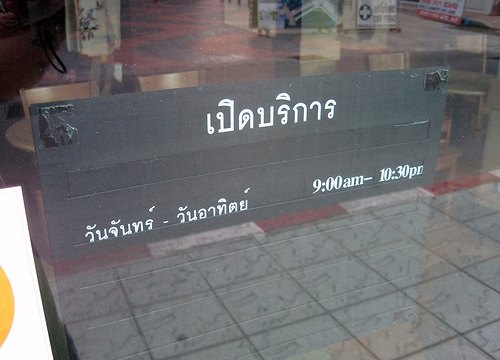 Starbucks – 9 AM Opening in Thailand

I am so fortunate to live in America, where the baristas wake up before me. But I am in Thailand and I still need coffee. What was I to do? A dark thought entered my head and I knew exactly what I had to do. Just like when I visited Montevideo, Uruguay in 2006, I knew there was only one place to get coffee this early. Yes, I went to McDonald’s. 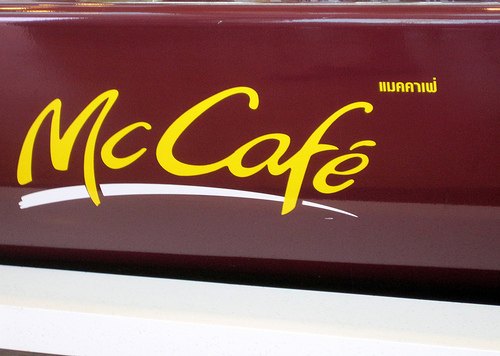 It was just 2 weeks earlier that I was sipping an Ethiopian Harrar Makeda Longberry Single Origin Espresso from Victrola Coffee in Seattle. Now I was entering McCafe. Ah, the sins of Thailand. In my defense, I had no option. Bangkok had options, Patong Beach had McDonald’s. I turned out to be the only customer they had in the 7 AM hour.

Having been burned by so many awful espressos since arriving in Thailand, I ordered an Americano or as this McCafe calls it, the Long Black. Maybe it was my super low expectations or the fact McDonald’s was the only one that was able to lift my tired haze, but I found the quality to be OK. Unlike Starbucks, which has worse quality overseas, I found the McCafe in both Uruguay and Thailand to be superior to the quality of the McCafe in Seattle (Ballard). 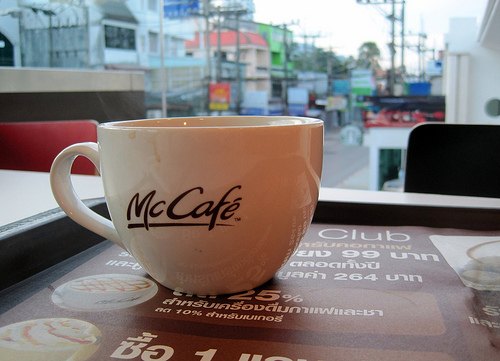 McCafe in Thailand – What is in the background? Answer below. 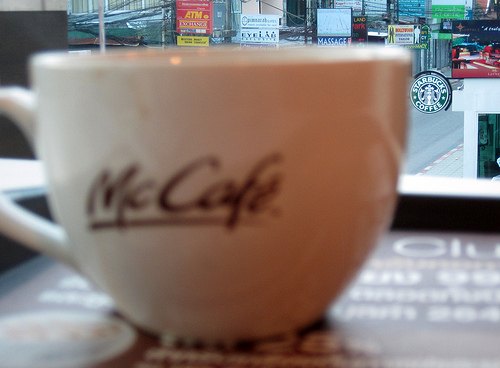 McCafe with a Starbucks in the background