How To Destroy The Wall Street Banks

There are over 10,000 banks and credit unions in the USA. Having a majority of the business go to four corrupt banks (Bank of America, Citibank, Wells Fargo, and Chase) is not healthy for an economy. Want to destroy them? Read on.

What did the big Wall Street banks do that was so bad? Much, much too long for a post, but I will recommend watching The Inside Job as a primer. It is an outstanding documentary. 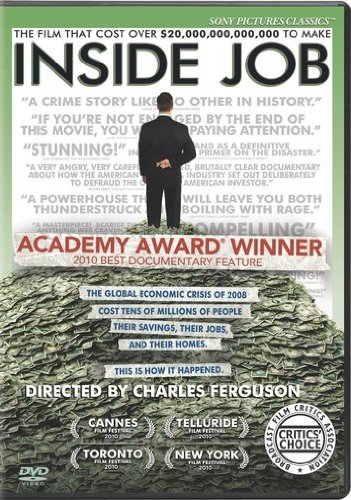 Other sources for financial education on the crisis include:

Step 2 – Recognize There Will Be No Political Solution

Both parties, Congress and The White House are owned by Wall Street. They have been for many years now. There has been a revolving door policy between Treasury, The Federal Reserve, and Wall Street. That will not change. There are a few honest members of Congress that understand the damage the large banks have caused, but they hold little power. They should be supported, but not counted on to make changes. The media and politicians continually frame issues in a left vs right paradigm to keep us separated. Don’t fall for it. Both sides are guilty.

Change doesn’t happen on election day. It happens every time you spend or save money. You absolutely must move your deposit accounts to credit unions or a trusted local bank. If your credit cards carry no balance, move them as well. You can’t control who owns your mortgage and other loans. Focus on moving the other accounts.

If you do owe money to one of the large Wall Street banks, pay it off fast or default. Ideally, you should honor your debts if you can. However, if your debt situation is too great to deal with in a reasonable time frame, seek out an attorney to help with debt restructuring or bankruptcy. This is not legal advice.

Now that you are away from the big banks, do not use their ATMs. Even if your bank covers the cost for you, seek out ATMs in your network. You don’t want any money flowing into their coffers, even if it doesn’t directly come from you. I always pull more money out of the ATM than I need. Then I hide the money at home. This builds financial resilience as I always have free access to cash.

Tell your friends and local businesses that you moved your money. Smaller banks do not have the marketing budget that the Wall Street banks have. Word of mouth is how they attract new customers.

The big banks use a high amount of leverage. It may only take a 5 or 10% run on deposits to take down one of these institutions. I’m not a banking expert, so don’t quote me on the exact percent. When depositors pull money from a bank, their cash reserve ratio drops. When this gets too low, they are forced to raise money and if they can’t, the regulators come in and close them down.

Some would argue that these banks are already well below their reserve requirements and that they have been deemed “Too Big To Fail“. Even if the regulators continue to let these banks violate banking laws, every dollar moved is one that can not contribute to future profits (or taxpayer losses).

They will not make another penny off my deposits or credit card business.

Next How To Get Lower Rent