Even though I am always checking out cookbooks from the library, the majority of ideas I get for cooking come from doing web searches. I get an idea, do a search and find a recipe. But I rarely just look at one version of a recipe. I scan a few. Then I look over the ingredients and using my best judgement move forward with a single recipe or usually some mental average of a few recipes.

For the past few years this strategy has worked very well for me. There seems to be a consensus on many recipes. However, now that I am focusing my cooking efforts on Indian food, I am seeing radically different recipes for the same dish. As a self taught cook this can be frustrating. How do I know which Tikki Masala recipe to use? Indian food tends to have more steps and more ingredients than most recipes. This means a greater probability of error as the recipes diverge. What to do?

I am a fan of director David Lynch. Many of his films such as Twin Peaks, Blue Velvet, Lost Highway and Mulholland Drive are not your standard stories. They are riddles. The more you examine each film, the more meaning you can pull from them.  But this process isn’t always easy. It took me a full day to figure out Lost Highway and even after I was done, I still missed elements.

When it came to films and literature, my ex-girlfriend was much smarter than me. After seeing me struggle with the meaning of Mulholland Drive, she explained it to me. When I asked her how she figured it out so fast, she told me her trick and I now use that trick for cooking.

She explained that the key to figuring out David Lynch movies was not to focus on the bizarre twists, but instead think about the elements in the story that are consistent and don’t change. What characters, locations and themes remain unchanged as the plot unfolds? Find that river of stability first and then the rest of the film starts to make sense.

That is exactly how I approach cooking. I don’t need to make sense out of every step or ingredient to make a dish taste excellent. As long as I zone in on the common themes in radically different recipes for a dish that I wish to make, I can be confident it will turn out good.

One dish that has been a source of frustration for me is Tikki Masala. If you look online, you will see 1,000 different ways to make this dish. In every prior attempt I’ve had with this dish, it has never turned out great. This week I conquered it by focusing in on just the common elements and it turned out amazing. My approach was more simple and used less ingredients than other recipes.

My guess is this method will appear as common sense to experienced cooks, but it helped me when I was learning how to cook on my own. Maybe it will help someone else. 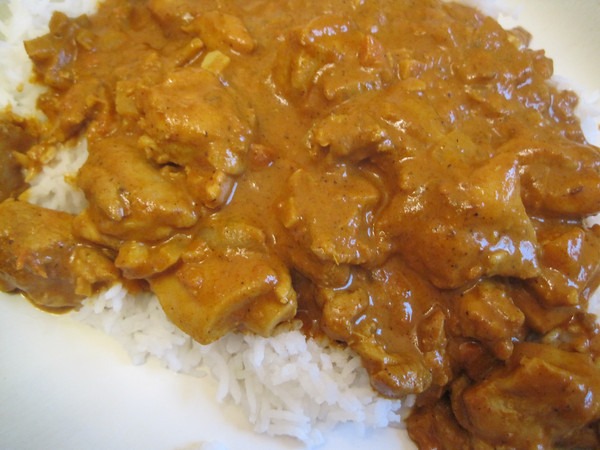 Chicken Tikki Masala – I followed 80% of this recipe and improvised the other 20%.