Judging from the comments on My Problem With “Eat Less Move More”, I think I did a poor job explaining my position on Eat Less, Move More. Let me summarize my view.

I’m not a dietitian and I do not have a client list. My approach to nutrition assumes incomplete knowledge and comes from an investor mindset. The term alpha in finance means return in excess of the compensation for the risk borne. From a nutritional standpoint, we know that some foods are far more nutrient dense than others. We also know that some foods are more toxic. Those foods might have equal calories. I believe from my own personal experience and talking with others that finding those foods with a greater alpha do a far better job of reducing hunger at equal caloric rates. 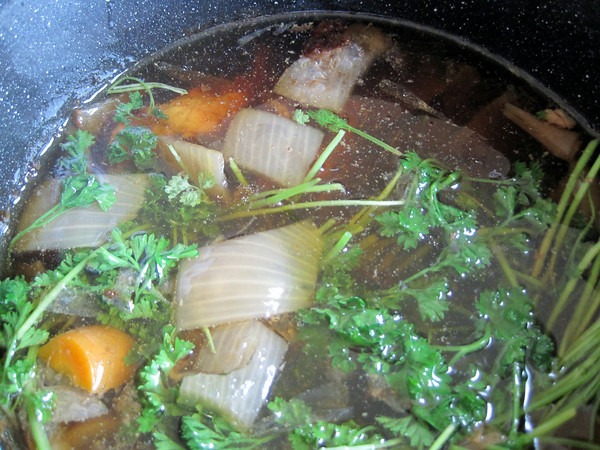 Beef Stock is a food with a high nutritional alpha.

I think that a strategy of removing foods with negative alpha (grains, veggie oils, soy) and adding foods with positive alpha will increase the probability of success more than taking on calorie restriction head on. Did for me. The hunger I experienced when eating bread (negative alpha) was much greater than when I gave it up. Losing 20 pounds without bread was significantly easier than losing just 5 pounds when I did eat bread.

The challenge in fighting obesity is not continually explaining the minority of successes, but figuring out how to increase the number of successes in a way that works with the body. Blaming the individual isn’t helpful.

2017 UPDATE: The Role of Exercise in Preventing Weight Gain