Back in August I had my first attempt cooking octopus. The result was a little on the chewy side.

I followed this advice for the first few octopus and 3 minutes was too much. Way too chewy. The remaining ones took about half that time. The chewiness was far less, but still not absent. Even though my marinade was 6 hours, it seemed the flavors never soaked in to the octopus. The Korean spices tasted like more like a topping.

I got a few comments suggesting that the 6 hour marinade wasn’t enough. I would also need to massage the little guys. How much? 40-50 minutes. Well, there was never a chance that was going to happen. So a friend of mine and my cooking mentor told me about a Chinese hack. Add baking soda to the marinade. I used about half a teaspoon of baking soda and reduced the marinade time down to 3 hours. The result was my dish wasn’t chewy. Still not awesome, but much better. 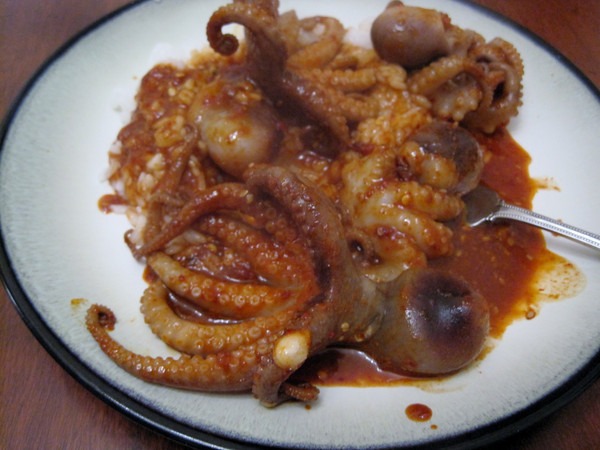