This post was written after my 2009 trip to SE Asia.

Outside of the Starbucks, Coffee Bean and Tea Leafs and McCafes, most of the places that served espresso during my month trip through Southeast Asia were little more than kiosks. Few stood as fancy. One cafe that did impress me was Common Grounds in Siem Reap, Cambodia. This was a warm, inviting and comfortable coffee shop just a few blocks away from the heart of the restaurant district.

As much I ended up liking this place, my first experience here was not positive. It was after sunset, so instead of espresso, I ordered the less-caffeinated premium Japanese tea to go. The tea was brewed at near boiling, which is a green tea no-no. As a result, it was extremely bitter. Getting tea right is not that hard. Source a good product, brew at the right temperature and then don’t over-steep. 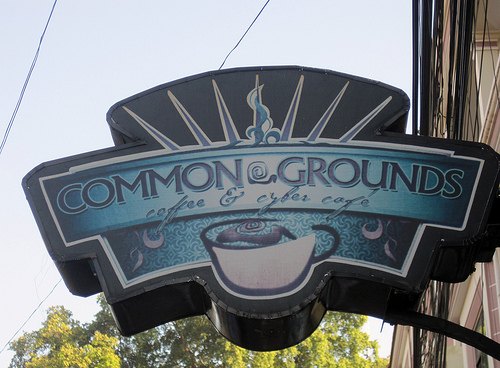 While waiting for my tea, I got to witness one extremely inefficient ordering system. Despite the fact they had what appeared to be a modern register, every order had a hand created receipt. Once the receipt was completed and added to paper, it would then be entered into the register. I’m not sure why this is done. Perhaps it is because Cambodia uses two currencies, theirs and the US Dollar? In Cambodia, many transactions are paid using American dollars and the change is returned using Cambodian currency. If you are behind a few people in line, it may take awhile to pay for your order. 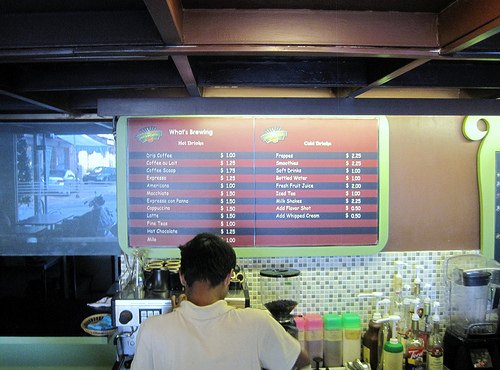 The next morning I decided to revisit Common Grounds and try their coffee. The cafe was nicer than anything I had been to in Thailand. Since I wasn’t taking my drink to go, they invited me to sit down while they prepared my drink.

The first thing they brought to my table and a perfectly folded cold moist towel on a tray. In a country that is hot as Florida, this was a pleasant coffee house first for me. Next came the espresso. As expected, it was like most of the espressos I had in Thailand. It was over-extracted and bitter. You can take the espresso drinker out of Seattle, but you can’t take the Seattle out of this espresso drinker.

Even though I am an espresso snob (no denials), the cafe culture experience was having a positive effect on me. I loved the cafe and the staff was super friendly. Add a cold towel and suddenly the espresso, despite its defects, starts to taste better and better. 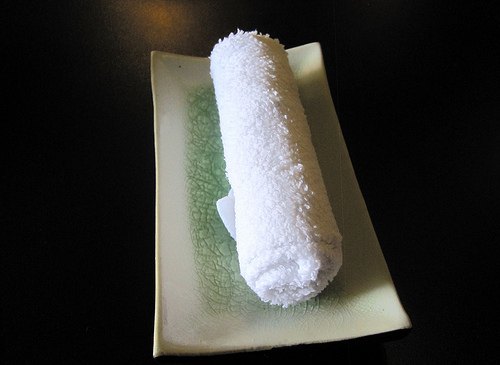 I enjoyed the environment enough to stick around and order an Americano, which for some odd reason was 25 cents less than an espresso, despite being served with an individual milk container. Normally I would never put milk in my coffee, but I discovered early in my trip that the dairy quality in Southeast Asia to be extremely fresh and full of flavor. Adding Cambodian milk to my Americano made for a tasty drink.

The cafe also has an upstairs seating section and walls have signs for local charities. This cafe really grew on me and I ended up returning for a third visit before I departed. If you are in Siem Reap, Cambodia, be sure to visit Common Grounds. Just avoid the premium Japanese tea. 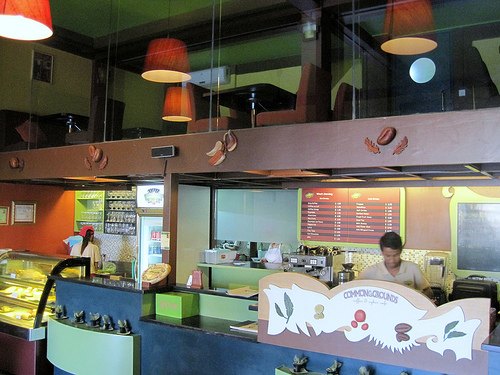 Next 20 Pound Bet: Week 2 Weigh In and Food Journal