Always on the Run

Looks like I will be forced to change web hosts again. Site 5 has turned out to be no better than the rest. In many ways they are worse. More on that in a future post. They claim I am exceeding their resource limits. This is a number they calculate, which I have no way to verify.

The traffic for this blog is not tremendous, but it is also not trivial. This puts me in an odd middle ground, where most affordable services offered to the hobby blogger are insufficient and higher end services used for high traffic businesses are too expensive. I host no audio or video files. I use caching plugins. And because this is a hobby, I am not going to spend $70 – $100 a month on a VPS. 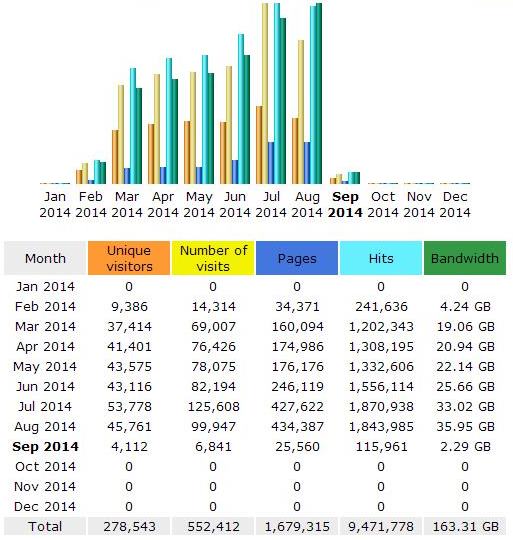 My coffee site INeedCoffee, which is hosted by WinHost, gets more traffic and uses more bandwidth than this blog and I have no problems there. When I was on the Basic plan and was getting close to exceeding a defined bandwidth limit (something Site 5 doesn’t have), WinHost emailed me and I upgraded to the Max plan. Everything went smooth. Never was I threatened to pay for a VPS or get my account suspended.

This means I may not have a new post for a while, because in addition to this site, I will likely have to move four others.

I do have 4 leads on my next web host. I don’t need another. I may even use WinHost, but I like the idea of not running all my sites on a single host. I was planning for this day. I’ve been hosting this domain since March 2000 and been through so many hosts.

Always on the run.

I’m leaving the comments open on this post for now. Typically these types of blogs are magnets for SPAM, so I may be forced to turn them off. Again I don’t need another lead. I’ve researched this for months. MOST hosts do not met my requirements for reasons that are too boring to explain.

UPDATE (9/4/2014): Site moved to SiteGround. Let us hope this relationship works out. I did show them my numbers before signing up, which they could handle.