I still recall exactly where I was when I discovered that Gary Taubes was wrong about his insulin theory of obesity. It was January 2012 and I was in Long Beach, California staying on the Queen Mary. Someone was trying to engage me in an email debate about carbs and insulin. I didn’t have my trusty copy of Good Calories, Bad Calories with me, so I began searching for concepts that I had learned and been repeating since late 2009.

There I was on the deck of the Queen Mary surfing the Internet looking for the evidence to defend Taubes’ theory. Only instead of finding the evidence, I found several criticisms. I went down a path that made me less sure and ultimately skeptical of everything that I had been so sure was correct.

Prior to my trip away from home and my GCBC book, I was aware there were those skeptical of his theory. I was there in April 2010 when Gary Taubes first met Stephan Guyenet at the University of Washington, which was a year before they locked horns. At the time I recall thinking there was an overlap between Taubes insulin theory and Guyenet’s whole food (WAPF) approach, so I didn’t pursue it further.

One of the reasons I didn’t look into it more was because, after 10 years of being weight stable at ~210, I had dropped to 190-195 rather effortlessly by lowering carbohydrates. My thinking was if Taubes is wrong then explain my ab definition. So there I was on the deck of the Queen Mary reading the series by James Krieger titled Insulin…an Undeserved bad Reputation and my faith in the insulin theory plummeted. Later I would read more validating Krieger on Carbsane.

So I was left with a mystery. Taubes was wrong, but I was leaner. What happened? Although it didn’t feel like I reduced calories, I did. Looking back I now believe the 3 elements that explain the fat loss were:

Digging around on the Internet and reading long scientific articles debunking the claims made by many low-carb advocates can be tiring. Simple narratives are easier to explain than the more complex reasons why those narratives are false.

Yesterday I was made aware of The Low Carb Myth: Free Yourself From Carb Myths, and Discover the Secret Keys That Really Determine Your Health and Fat Loss Destiny. I’m halfway through the book and it is outstanding. In plain language, it goes myth by myth destroying the lies propagated by the low-carb community. 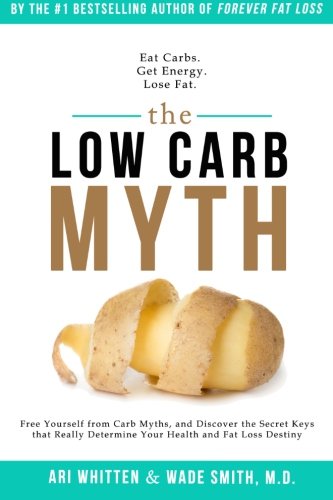 The Low Carb Myth: Free Yourself From Carb Myths, and Discover the Secret Keys That Really Determine Your Health and Fat Loss Destiny by Ari Whitten

If you are low carb and have an open mind, please check it out. There are reasons that low-carb diets work and they are acknowledged in the book, but they aren’t the ones the carb-hating low-carb gurus are promoting. The Low Carb Myth is not an anti-low carb book. The Low Carb Myth is an anti-low carb dogma book. This book does a stellar job of advancing the discussion of fat loss by destroying the myths that are holding us back. I only wish this book was around in late 2009 when I first read GCBC.

Next Make and Host Your Own Soundboard

Previous My Approach to “Eating Clean”