The story was published in February 2016. It was an OK story, but it missed most of my responses. Which is fine. The story wasn’t about me. It was about putting down the cellphone and exploring. The newspaper uses a pop-up overlay window, so I’m not linking to the story.

The number one thing I was hoping to share didn’t make it into the story. It was the first answer below. I really want to stress that it was the speed traps aimed at hikers that pulled me out of nature. In my opinion, if you live in the city of Seattle and not on the Eastside, nature hiking isn’t worth it. Especially now. Bridge tolls, traffic and Johnny Law looking to take your money. Two hours of stress for one hour of peace? Not for me. You’ll find me in the city.

#1 Talk about the reasons you started urban hiking in Seattle

When I first moved to the Seattle area I started in the Bellevue area. Initially I did the hikes along the 90 corridor. They were fine, but I got tired of the speed traps law enforcement was setting up to extract funds from hikers going a few miles per hour over the limit. I never got a ticket. Instead I moved to Queen Anne and traded in my nature hikes for urban hike.

#2 To what extent do you use technology to help you plot courses and navigate? What are the benefits of not using those tools? Did you ever encounter any dangers or get worryingly lost?

When I first started urban hiking in Seattle I was just learning the city, so I brought along a GPS. It had a weak battery, so I didn’t turn it on that much and instead relied on landmarks. After a handful of hikes throughout the city, I stopped using the GPS completely.

It is really hard to get too lost urban hiking in Seattle during the day. We have numbered streets, large bodies of water, bridges and large markers such as the Space Needle and views of Rainier. The benefit of not using technology is you are forced to pay attention to your surroundings. You discover things along the less optimal routes that you might night see if you used a map application.

When I visited Bangkok, Thailand in 2009, I took off exploring the city without a map or any technology. I explored all day. All I did was keep track of how many minutes I walked in each direction and then used those times to reverse course and get me back to my hotel before nighttime.

#3 What have you discovered about yourself, the city and its people by hiking in town?

Unlike other cities I’ve lived in, I tend to run into people I know frequently on my urban hikes. I’ve learned to become more aware of my surroundings. Earlier this year when I was urban hiking through the Haight neighborhood of San Francisco, I saw Carlos Santana exiting a store. 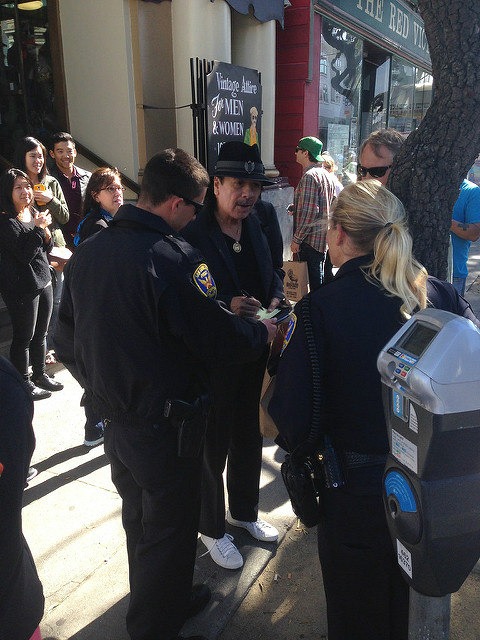 Next Learn a Foreign Language SUPER FAST or Not