Last month, I began training a friend of mine at the gym. She had been away from weightlifting for 12 years and had never been exposed to the high-intensity concepts of slow controlled movements performed to failure or near-failure using machines. She has been doing extremely well and is exercising pain-free for the first time in ages.

Early on she asked me to send her some information that she could read to better grasp the concepts of HIT or slow lifting. I looked online for a solid 20 or 30 minutes, but I could not find anything that I would consider a good starting point. All the resources I was aware of assumed the reader was already coming from a background well-versed in resistance training or they weren’t nearly concise enough.

This video doesn’t explain why HIT works, the safety aspects, or why machines are used, but it does demonstrate the tempo and intensity well.

How I Discovered HIT

I started lifting weights in 1994 and was unaware of HIT until 2010. Even though I was reading books and articles on weightlifting that entire time, HIT never crossed my radar, or if it did, it failed to make an impression.

Then after a year of trying it and quitting, I still didn’t appreciate HIT. How I finally understood HIT was pure luck. From the 2012 post RIP Greg Anderson – My Fitness Mentor:

When my Tales From the Glitter Gym series was featured on MetaFilter, I got slammed with negative comments. One of the negative comments was specific to the fact that I was dismissive of cardio. I decided to do a more detailed post on the topic, so I wrote The Myth of Cardiovascular Training. Although there are some minor things I would change today, for the most part, I am still proud of that post.

Shortly after that post, I received an email introduction from Greg. He really liked the new cardio post and invited me to his HIT gym for a workout. Greg’s gym was a short drive away from where I live in Seattle.

What I didn’t get until my workout with Greg was what intensity really means. After this workout and a follow-up session with Greg, I became a believer and disciple of HIT. People laugh when I tell them I workout just 10-15 minutes per week. They wouldn’t laugh had they experienced a HIT workout by Greg Anderson. Those first 9 minutes I spent with Greg will forever be seared in my memory.

Greg died less than 2 years after our two workouts. I learned later that he trained Dr. McGuff and was a legend in the field of HIT. I was extremely fortunate to live just a few miles away from his gym and receive his invite. The fact that I know and use the principles of HIT given those chain of events is remarkable. 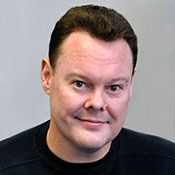 In 2015, I wrote a 2-part series called Why Isn’t High Intensity Training More Popular? Although I listed several ideas, one idea missing was that there was no on-ramp for beginners and if there are on-ramps, they are hard to find.

Are there good resources to explain High Intensity to the average person? I don’t mean books or 2,000-word articles or 2-hour podcasts for fitness junkies like ourselves, but something digestible for the public. If there is, please leave a comment.

If the resources are scattered, I might build out a portal to help people find this information.

Next Lift Slow – Getting Started with High Intensity Training