Yesterday I deactivated my Facebook account. I didn’t tell anyone I was leaving. I just did. I always found those people annoying that would make some grand announcement about how they had to quit Facebook, while still on Facebook. More than half the time, the person would return months, weeks, or even days later.

I did want to put up this post in case someone asked me my reasons or in case I forget someday what led me to deactivate my account. Since quitting Facebook is hard for many people, I’d be a fool to say with 100% confidence that I’ll never back. The program could change and offer a feature that brings me back. Or maybe I’ll need it to access a new network of people. Since I can’t foresee every possibility, I won’t use the term never.

About a decade ago, I posted daily. In the last few years, maybe once every 3 or 4 months. Despite not actively posting or even commenting on others, I would still check in a few times a day looking for value. Most of the time, I’d waste 5 or 10 minutes only to find nothing of interest.

This applies to all the social networks, but I figure I’ll tackle Facebook first. See the Ted Talk Quit Social Media by Cal Newport for a deeper explanation of this point.

I was never able to drive traffic from the INeedCoffee  Facebook Page to the INeedCoffee website. I would get less than 1% engagement with links to content on our website. Stupid memes that provided no value would do better. This is not a new complaint, I discussed it back in 2013 on the post Shutting Down the CriticalMAS Facebook Page.

#3 Too Much Sharing, Too Little Creating

It is far easier to post a link to something someone else wrote than actually contribute something yourself. In the early days of Facebook, people talked about their friends, family, hobbies, and ideas. Now as far I can see, the majority of posts are just links to things people like created by people they don’t know.

If there was a checkbox that allowed me to only see original words and photos from people I know, I’d be back. This is what Instagram gets right. More on that later.

I had already muted more than half my friends who engaged in sharing links to the latest outrage. I ran keyword filters with FB Purity to hide as much negativity as I could, but some would always creep through the filters. I want to hear about your hobbies and see pictures of your kids. I don’t care what news story upset you today.

Instagram is the social media network that best captures the early spirit of Facebook. You can’t share links and reposting someone else’s work isn’t easy to do and is mostly only done by business accounts. And people tend to take photos of things that bring them joy and not things that upset them.

For a decade now, I have been trying to increase communication between coffee enthusiasts and coffee professionals here in Seattle. So years ago, I started the Seattle Indie Coffee Facebook Group. I tried to encourage the sharing of information about new cafes, roasters, events, or news specific to the quality coffee scene here in Seattle and the surrounding areas.

It didn’t work. Unfortunately, the industry is too secretive here in Seattle. They do amazing work, but they only seem to talk to each other. Other enthusiasts here in Seattle feel the same as me. Instead of feeling appreciated, we feel disrespected. And it is sad that it is this way. But in the end, I realized that this wasn’t my battle.

#6 Cult of the Maybes

One of my original reasons for staying on Facebook was for Invites to events. In my world, there are only two ways to RSVP to an event. Yes or No. Maybe means No. Always. Facebook has Yes and No options, but they also have “Is Interested”, which is code for Maybe, which is code for No.

I’m certain I’ll miss a few cool events, but the reality is most people that say they are “Interested” in an event aren’t going anywhere. Clicking they are Interested makes them feel better without actually having to commit to anything. And before that event arrives, they will be clicking “Interested” to other events.

My Meetup group the Coffee Club of Seattle doesn’t tolerate Maybes or No Shows. We get almost 100% to every Meetup and have for 12+ years. Over 1,200 events so far. We are not on Facebook, obviously.

Other people get more upset with Facebook on Privacy than I. I never trusted them to begin with, so I never shared anything on the network that I would not feel comfortable sharing with every person on the planet.

But, I missed something. By making my list of friends Public, bad actors could create fake accounts and use social engineering to fool someone I know. I corrected that setting a few months ago, but it got me thinking about other things I might be missing that I haven’t thought about.

I’m surprised nobody is talking about how painfully slow the Facebook website is. As an admin for a Facebook Page, it would take 20+ seconds to load enough of the site to actually post something. Facebook is loading so much crap now that if you check the memory usage of your browser you’ll see what I’m talking about.

I know a Facebook engineer here in Seattle. He was clueless to the fact the site was slow. Probably because all the employees have access to the fastest computers and thickest bandwidth. He was stunned when I showed him how it took me almost 30 seconds to load the INeedCoffee Facebook Page from a mobile version of the website.

Will I Be Successful?

I failed to go 30 days without Facebook in 2010. But that was before Instagram and back then I still got joy from the site. I also didn’t deactivate my account then so the temptation to reconnect was stronger then. So perhaps I’ll be able to kick it for longer or even for good? We will see. 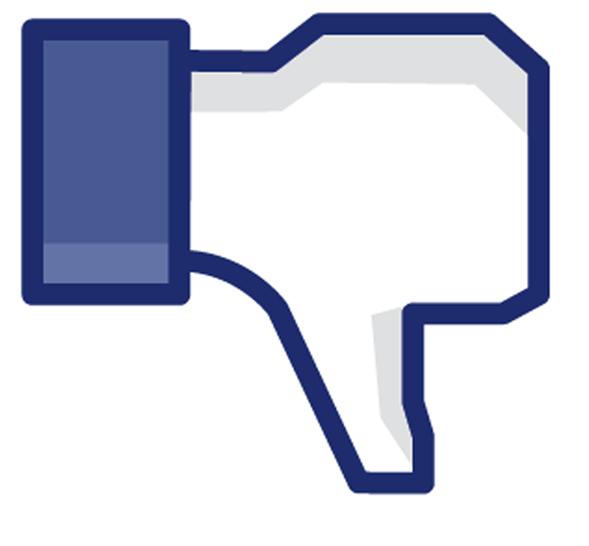 Next Cadmium and Potatoes: Time to Worry?