The Environmental Contaminant Theory of Obesity

Recently, I discovered the site Slime Mold Time Mold and their Chemical Hunger series. It is basically a mini-book that makes the case that environmental contaminants are the reason for the obesity epidemic. It is fascinating and it has conclusions that line up with one of the reasons that for years now, I favor low-fat whole food plant diets over meat-heavy low-carb diets, which is that animals bioaccumulate toxins to a much greater degree than plants.

I spent a few hours on the series and footnotes. I read it twice. If you don’t have the time, I took some highlights of the parts that I found the most interesting.

Historically people did not get heavier as they got older. This pattern broke around 1980. There is a chart in Part 1 with data that shows the pattern.

Traditional diets were varied in macronutrient content and didn’t result in obesity prior to the modern era. Kitavans consumed a diet of 70% carbs, which is higher than the 50% Americans do – yet retained leanness throughout life. They also did not get diabetes, heart attacks, stroke, or cardiovascular disease. And they maintained a low BMI.

This can’t be attributed to changes in what they eat, because lab animals live in contained environments with highly controlled diets. They’re being fed the same foods as always, but for some reason, they’re getting fatter.

People who live at higher altitudes have lower rates of obesity.

Dieting doesn’t work because most will regain their losses and exercise has increased in the past 10 to 20 years.

Slime Mold links to a paper stating fat consumption is down. Hmm. I’ve seen other charts showing the opposite. Also shared were charts showing carbs and sugar consumption has been declining for a while, which is data I was aware of and have shared in previous posts.

In Part 3, Slime Mold Time Mold proposes a theory to explain the rise in obesity.

Only one theory can account for all of the available evidence: the obesity epidemic is caused by one or more environmental contaminants, compounds in our water, food, air, at our jobs, and in our homes, that change how our bodies regulate weight.

This would also include contaminants found in medications. Vitamins too? 😱

The packaging and processing of food is a source of contaminants.

Slime Mold Time Mold loves The Potato Diet! 👊🏼 Raw potatoes are unprocessed and they do not pick up contaminants from industrial cooking and packaging.

Why would high altitude predict a lower BMI?

As water flows downhill, those environmental contaminants would build up and the concentration would increase as you approached sea level. Higher altitude states like Colorado have a lower BMI and those along the Mississippi River have the highest BMIs. This is not just an American example. Also cited was data from China and Iran. Those living at the top of the water flow are leaner than those at the bottom.

Beyond altitude, one needs to look at the water supply itself. The further the water travels and the path it takes to get there are also factors. The lower altitude parts of California (a low BMI state) receive their water on a path that passes through fewer farms, highways, cities, and factories, than the obese counties along the Mississippi River.

There was a period after the fall of the Soviet Union when Cuba had to manage their own food without imports. During this period, they used organic farming.

The average Cuban lost about 20 pounds in just a couple of years — even though in 1993, two years into the crisis, the average Cuban was still eating a very reasonable 2,099 calories per day.

Polynesian countries, which have some of the highest obesity levels on the planet, import a lot of highly processed food, including Spam, which might have higher levels of contaminants than other foods.

Part 5 dives into Livestock Antibiotics. These antibiotics that can cause animals to gain weight can be excreted and end up in the water supply.

And here is the quote that best explains why I have zero interest in a carnivore or a meat-heavy ketogenic diet.

People that avoid meat tend to have lower BMIs.

Part 6 covers Per- and polyfluoroalkyl substances (PFAS) which are synthetic compounds found in furniture, cookware, rugs, and food packaging.

Part 7 explains why Lithium is a strong candidate as a potential contaminant of concern. The higher the levels of lithium in the water supply are somewhat predictive of higher levels of obesity. Some examples cited: 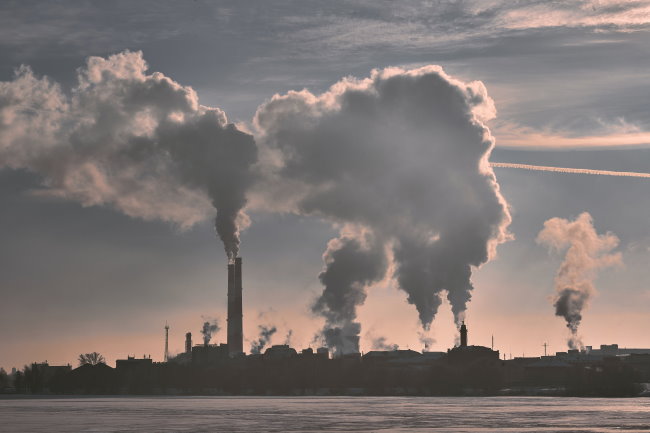 There is a lot more to learn about which contaminants or combinations of contaminants might be contributing factors to the obesity crisis. In the meantime, here is the advice I gathered from the conclusions that we can take now.

(Side note: I recently installed a HEPA cabin air filter for my car. Highway air is one of the highest sources of pollution that many people will be exposed to.)

When I look at the recommendations, it sounds like the playbook I have been blogging about for a few years now. I live in Seattle, which has a clean water supply. We also have a low BMI. My diet matches as well. And I’m also fortunate I don’t have to work in an environment with industrial toxins. No commute either!

We may feel powerless that we are living in a chemical soup, but the Cuba example is inspiring. They were forced to eat organic and keep their cars parked more and they got healthier.

What do you think of the environmental contaminant theory of obesity? If this has merit, I wonder how this lines up with the work Fire in a Bottle has been doing in regards to how the metabolic rate has declined from earlier decades. Could contaminants be sending signals to our bodies to downregulate metabolism?