A month ago I was poking around the Underground Wellness site when I found a post about shower filters. My first thought was skepticism. I understood why you filter drinking water, but was doubtful there were risks to city water hitting your skin in the shower. Then I researched it further and became convinced that showering in chlorinated water presented a potential health danger that was very inexpensive to eliminate. So I bought a shower filter.

One of the numbers I saw in several places was that taking a 10-15 minute shower with unfiltered water was like drinking 8 cups of chlorinated water. I’m not sure about any of this. What I do know is that since moving to Ballard I can smell the chlorine in my shower. Getting a shower filter is cheap insurance. 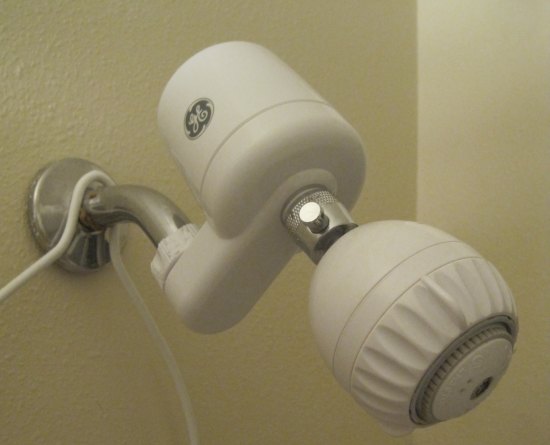 I bought a basic GE Shower filter. This is before I knew about the Vitamin C Shower Filters mentioned in Chris Kresser’s article. Amazon sells both. I was able to install it myself without any problem and no one has ever confused me with being a handyman.

Since my showers are already very short, I’ll probably be fine with the GE model for now. The chlorine smell is gone, so I assume it is working fine. In a month or two, I’ll report back if there is a change in my skin health.

Next Green Beans are Better With Bacon