I Don’t Know Karate, But I Know KA-RAZY!

The top financial story this month is the impending crash of the US Dollar. I do not know if the US Dollar will crash and if it does, when it would occur. Everyone seems to be looking at only half the equation. Let us discuss that half first.

Our deficits have exploded and our GDP has plummeted. Tax revenues are way down and spending is way up. In order for America to honor all its debt obligations at this point is going to take drastic painful steps, which I don’t think will happen in time. We may actually be past the point where we can mathematically not default in some manner.

Given all this our dollar should plummet and interest rates should be high. Although the US dollar is trading lower, it hasn’t crashed and interest rates are still low. If the likelihood of default is high, why aren’t interest rates higher? Is everyone blind to the mathematical reality or is something else going on? 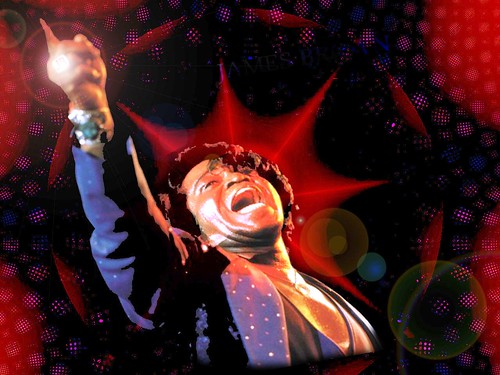 Photo The Godfather by Auntie K

When one currency declines, another currency appreciates. So if the US Dollar crashes then the Euro and/or the Yen will appreciate. Prices we pay on imports will rise (oil) and our exports will be cheaper to our trading partners. Any country that relies on exports to the United States will see a severe decline in business. Less business means less money and a weaker economic situation, which will weaken their currency until a new equilibrium is found.

Does Asia or Europe want the US Dollar to depreciate? Absolutely not. We are all experiencing the Great Recession together. If the US Dollar tanks, it will kill their export business and greatly slow their chance for recovery. What the rest of the world wants is for America to show fiscal discipline and a recovery path that makes sense mathematically.

Enough about economics, let us move on to political stability. The higher unemployment rises, the less stable governments become. No one will lend to a government that they believe is unstable at anything other than an extremely high interest rate. Earlier this year I attended a lecture about geopolitics and economic stability. The speaker made a strong case that governments that were the least stable were those recently developed a middle class and then lost it during an economic crisis. Countries with a long history of a middle class are the least likely to overthrow governments during deep recessions. Young middle classes tend to be less stable. They finally get a taste of the good life and then have it taken away. Governments with a young middle class that rely on exporting to the United States could be destabilized if the US Dollar crashes.

One thing governments do to direct the rage of an unemployed population outward is to blame their trading partners and increase tariffs. If that isn’t enough, turn the trade war into a real war. It has happened before. It can happen again.

From Currency Deprecation and Global Imbalances by Michael Pettis:

Like in the 1930s, every country wants to devalue its currency relative to the currencies of its trading partners in order to boost domestic employment and take a larger share of foreign demand.But as we learned in the 1930s, it is by definition impossible for everyone to improve export competitiveness by devaluing.

So how will the disagreements be resolved?Almost certainly by an increase in trade conflicts.What many of the global participants have probably forgotten is that in a world of contracting demand, it is countries who control net demand who are in the strongest position to determine the outcome of a fight over trade.If the dollar is not allowed to depreciate in an orderly way against the currencies of all of its trading partners, trade tensions have no way to go but up.

Things are going to get ugly. How ugly and what type of ugly are the unknowns.

Post title is from the song The Payback by James Brown.

Next The Anti-Estrogenic Diet