Tearing Through My First Pumpkin

On Sunday a local grocery store was giving away free pumpkins. Since I like pumpkins and I love free, I grabbed one. It should be noted that I’ve never cut into a pumpkin. It is about time I did. My plans for the pumpkin were for 4 dishes.

Dish #1 went pretty well considering I did not use a recipe. I just winged it. I will improve on it tonight.

Dish #2 was also a success. Not as thick as canned pumpkin. It is probably more like pumpkin baby food, which works well in shakes. 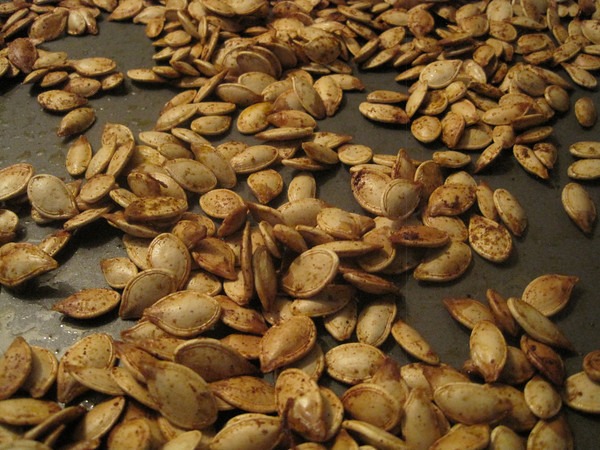 Dish #4 is tomorrow. I have no doubt it will taste great, as I’ve cooked squash in many past curries.

If I would have known how much food a single pumpkin could yield, I would have been cooking with them a lot sooner.

Previous Tales From the Glitter Gym – Three I Respect