After Obama nominated a tax cheat to run the United States Treasury, who could have imagined that we’d get a more ironic nomination. The new Surgeon General is Regina Benjamin and her prime health mission is tackling obesity. She is also 40 pounds overweight.

You can’t make this stuff up. 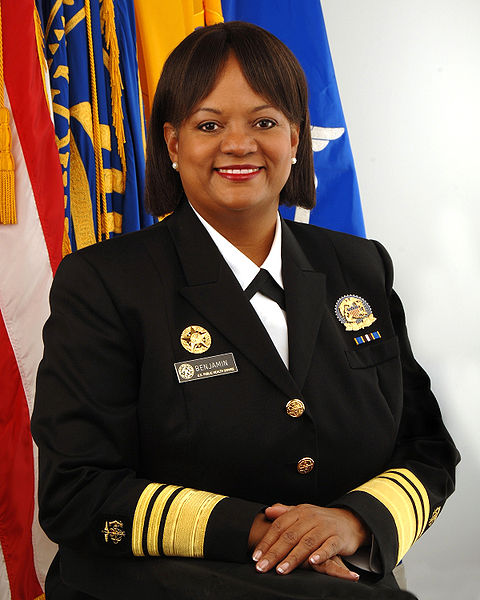 Fitness writer Paul Chek states in his video that most of the people who teach health are unhealthy. Paul also states:

If you can’t teach in your underwear, you shouldn’t be talking about health.

There is a lot of truth to that statement, but I am willing to give Regina Benjamin a pass if her new plan titled The Surgeon Generals Vision for a Healthy and Fit Nation 2010 can reduce obesity. The plan is 21 pages long. I read it and pulled out the core recommendations below.

Even though the report lists these recommendations as general healthy choices, the focus is targeted at obesity. In other words, these ideas are not presented as just good healthy ideas, but methods for tackling obesity. So I will frame my opinion based on the belief this list will tackle obesity.

Reducing consumption of sodas and juices with added sugars.

I agree reducing the consumption of foods with added sugar is good, however, she is dead wrong on solid fats. The government considers these to be solid fats:

Animal fat is highly nutritious, provided the animal eats a healthy diet. Source grass-fed meats and eat animal fat. Grass-fed animals have a healthy Omega 3 to Omega 6 ratio, which makes fat loss easier. How did humankind survive for 2.5 million years before agriculture arrived? We ate and prized animal fat. Avoiding margarine and vegetable oils should be the goal.

Grains are the last thing you should be eating if you are obese. Farmers feed grains to cattle to fatten them up before slaughter. How are they supposed to lean us out? You should eliminate grains completely. Fruit is fine for many, but some may need to reduce their intake when dieting. Vegetables are great, be they raw, cooked or fermented. Lean proteins are fine, as are non-lean proteins.

If it were that simple, diets would be far more effective. Caloric restriction leads to more hunger, less movement, and most of the time a return to weight gain. The focus should be on eliminating toxic food (sugar, grains, seed oils, unfermented soy)  and adding more nutrient-dense foods. Do that and the body will become more healthy and lean.

We are the most hydrated population in the history of the world, yet our obesity rates are the highest. The obsession with water intake will do nothing to cure obesity. Listening to our bodies for true signs of thirst and hunger is far better than listening to some government bureaucrat for guidance.

Wrong! Fat has this wonderful quality called satiety. It sends a signal to our brain telling us to stop eating once we’ve had enough calories. Studies show that once our country adopted the low-fat propaganda that caloric intake went up. Fat is not the culprit. Also, our new Surgeon General might want to read the latest medical studies, which shows that kids that drink whole fat milk are leaner. Makes sense to me. Whole milk is less processed and more filling.

Good idea, but not for the reason implied. I’d go further with this recommendation and say: Turn off the TV and get your kids involved with the family food preparations. Shopping and cooking. In the book Hungry Monkey, 4-year-old Iris helps her dad in the kitchen, even with dishes she doesn’t want to eat. That kid will grow up with a healthy attitude about food.

Being physically active is a good thing, but will do little to cure obesity. Increasing your activity will also increase your appetite. Obesity must be fixed in the kitchen first and foremost.

Excellent idea. Anything to delay the ingestion of soy formulas is a good thing.

There are other ideas in the report such as encouraging recess and physical activity in the schools. I think a better idea would be to teach kids cooking skills. Replacing trips to fast-food restaurants with home-cooked meals will do far more to cure obesity than exercise.

Dr. Benjamin’s policy paper is nothing new. It is the same old failed ideas we’ve been exposed to for the past thirty years. They aren’t working.